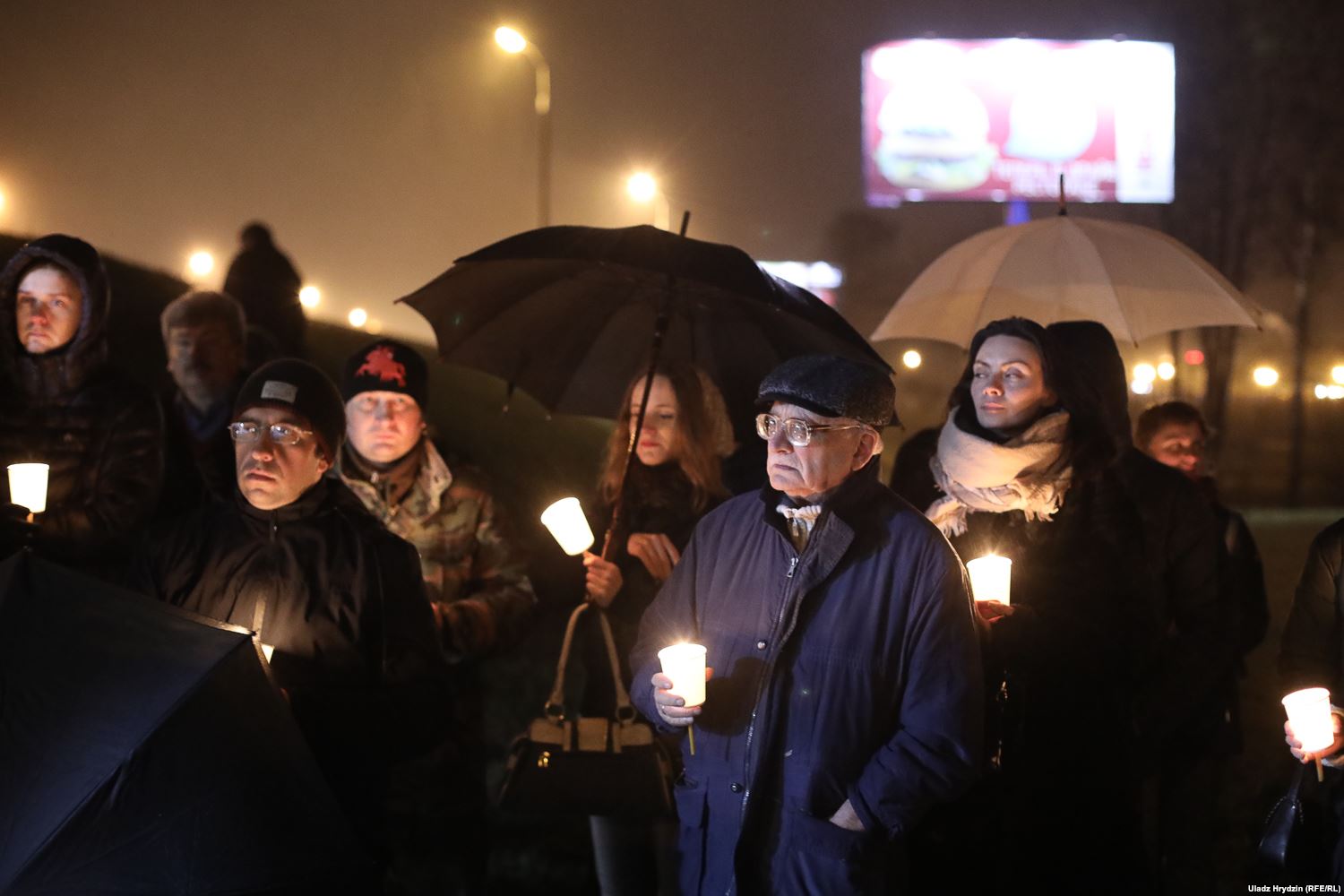 Civil society and political parties have stepped up the decommunisation campaign and additionally enhanced the visibility of the Kurapaty issue. In addition, political parties attempted to mobilise their activists and influence the Belarusian-European and Belarusian-American agenda.

Some 200 people took part in the traditional rally on Dzyady, festivities commemorating the dead ancestors, and some 100 people participated in “The night of the shot poets” action in Kurapaty. Nobel laureate Sviatlana Aleksiyevich symbolically supported the action and sent an appeal expressing her solidarity and grief.

The Belarusian National Committee managed to avoid a harsh response by security forces to its action the “Chain of Memory” near the GKB building in Minsk centre. The event commemorating the victims of Stalinist repressions was attended by few (some 25 activists) and did not appear as a political action without political demands and oppositional symbols.

Last week, Tell The Truth held a local celebration in Fanipol in cooperation with the local authorities. In addition to focusing on local agendas, Tell The Truth leaders participated in three talk shows on the state-run TV channels and were the only opposition representatives to meet with US Assistant Secretary of State Wess Mitchell and Head of the Bundestag’s Human Rights Committee Gyde Jensen to promote their agenda.

In turn, opposition and community leaders met with the Secretary of State to the French Minister for Europe and Foreign Affairs, Jean-Baptiste Lemoyne. For Freedom further collected signatures to amend the land legislation and held a youth forum.

The Belarusian Social Democratic Gramada (BSDG) party’s chairman, Stanislav Shushkevich (former chairman of the Supreme Council of Belarus) was replaced with businessman Sergei Cherechen, who led a public association “Diplomacy” since 2017 (a member of the network of pro-Russian NGOs supported by Rossotrudnichestvo).

Some opposition parties have faced a funding crisis. For instance, the Belarusian Popular Front has a significant debt on premises rent in Minsk. The BPF leadership was prompted to announce a public fundraising campaign to collect funds to pay the rent.

Civil society organisation and political parties have stepped up their fundraising efforts within the country to finance their activities, including through crowdfunding platforms.