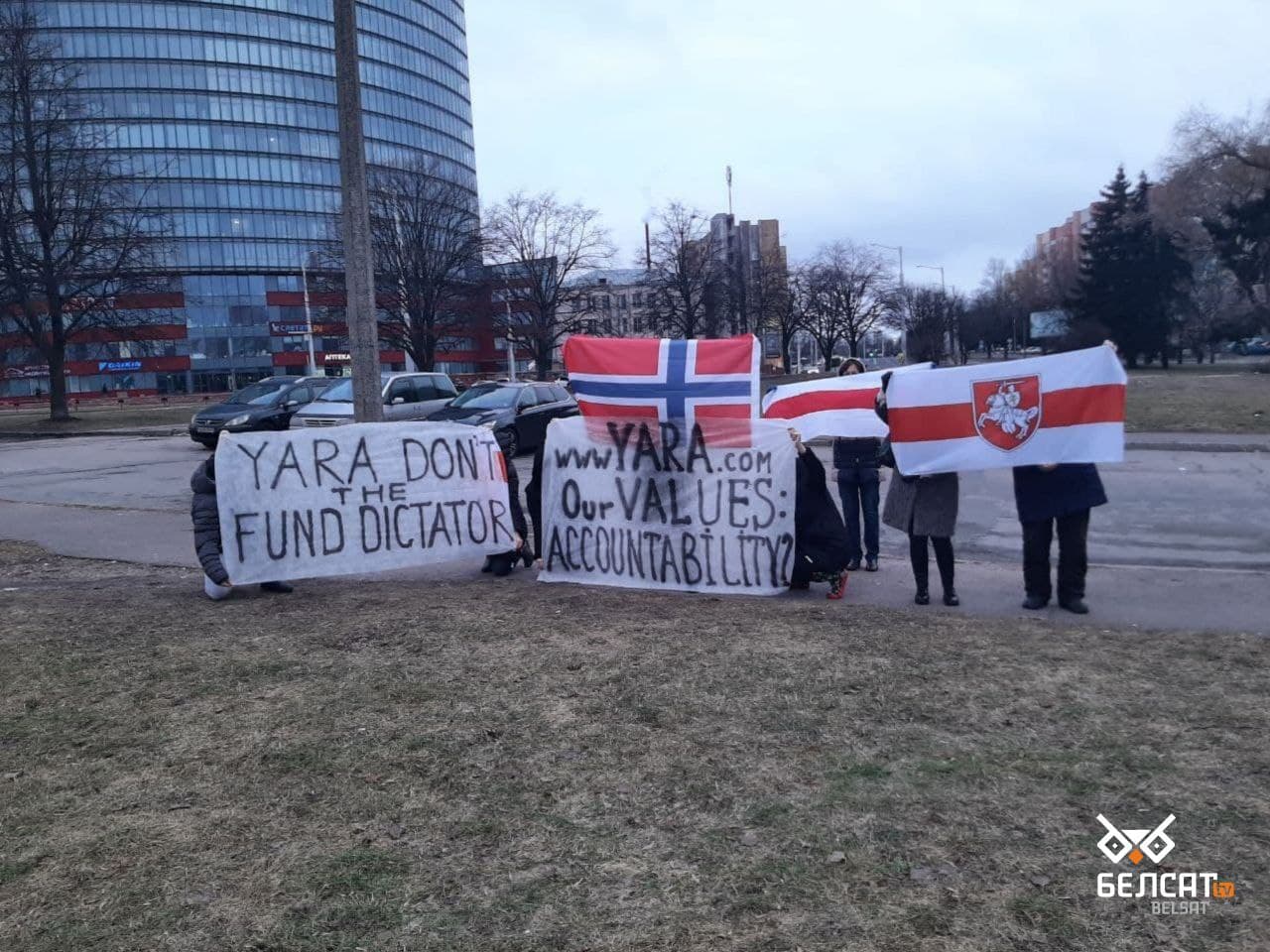 Civil society continues to influence the international agenda leading to increasing economic pressure on Minsk, as rhetoric from political exiles and the diaspora favouring sanctions continues to find support in Western capitals. Political organisations are working with supporters of change and trying to meet their expectations in the run-up to the traditional opposition rally on March 25.

The diaspora and political exiles continue with street actions and interact with local media and politicians to draw attention to the Belarusian situation.

The Norwegian company Yara continues to consult with Belarusian political exiles regarding their commercial relationship with Belaruskali. About 35,000 people signed a public petition to terminate the contract.

The NAU, headed by Latushka, appealed to Western investment funds to present Eurobonds issued by Minsk for early repayment. Danish BankInvest has already divested itself of its position in Belarusian bonds.

The EBRD refused at the last minute to finance the project in Svetlahorsk.

The Belarusian diaspora and exiles continue to unite and formalise initiatives to support the repressed and civil society organisations in Belarus. The charity iHelpBelarus is endeavouring to increase transparency regarding fundraising and disbursement to bolster confidence with donors and the diaspora.

Some National Democrats, led by the Belarusian Popular Front, hope that dialogue with the authorities will lead to an agreement on legalising action on Freedom Day on March 25.

The protest movement is being starved of resources due to the high level of repression and forced emigration. However, neighbourhood marches and yard demonstrations with white-red-white symbols continue throughout the country.

There may be a resurgence of tension and recrimination between political organisations if the protest movement does not return to its streets.