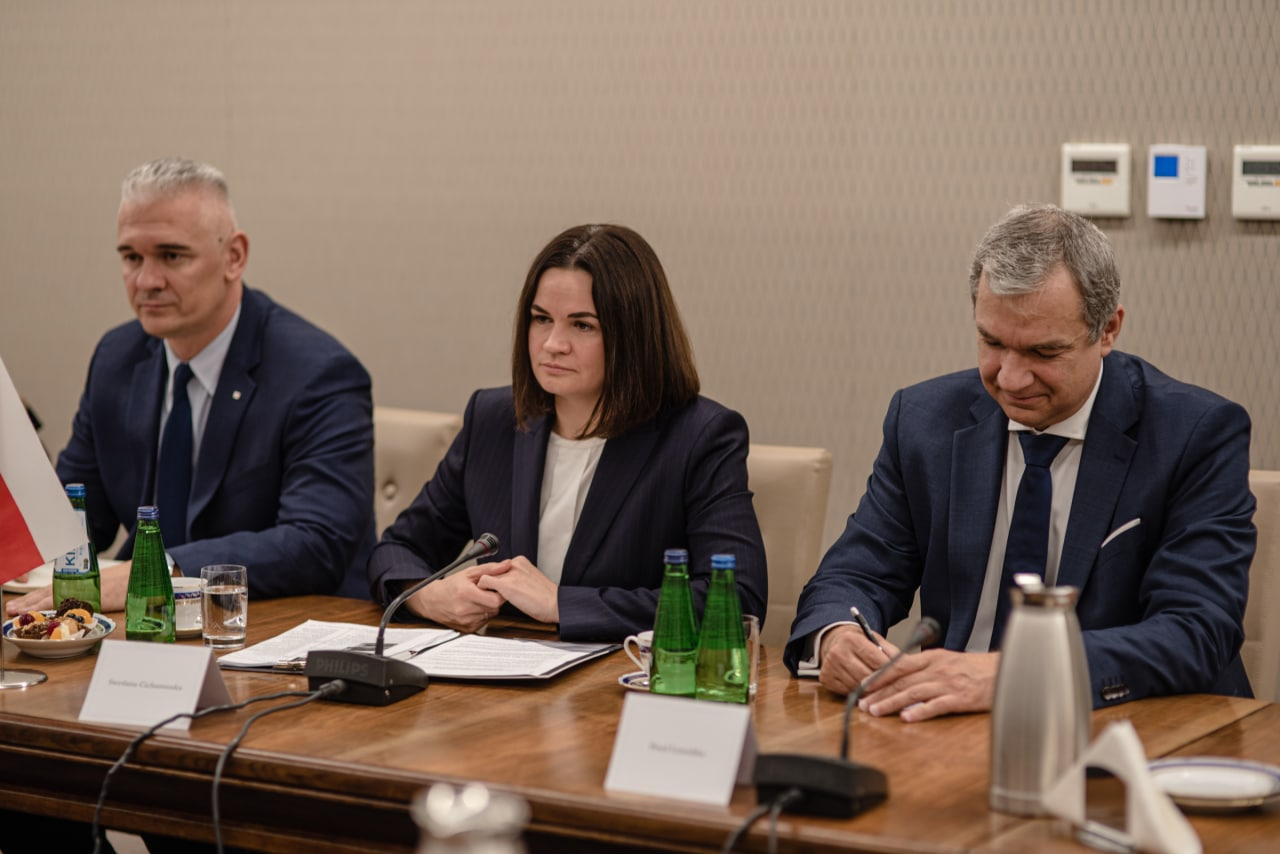 Civil society and democratic forces’ position and influence at the international level have been enhanced by the award of the Nobel Peace Prize to human rights activist and political prisoner Ales Bialiatski. A broad coalition led by Tsikhanouskaya is promoting the agenda of isolating the Lukashenka regime and promoting civil society at meetings with the leaders of Poland and France. However, communication with Belarusian society is weakening as the effects of the sanctions strategy begin to diverge from the population’s expectations.

Support and fundraising for Ukraine are declining due to fatigue, a decrease in interest in the war, disappointment at the attitude of Ukrainian society towards Belarusians, and the reaction of part of the Ukrainian establishment to the award of the Nobel Peace Prize to Ales Bialiatski, alongside the Russian “Memorial” group, and the Ukrainian Centre for Civil Initiatives.

Democratic leader of Belarus, Sviatlana Tsikhanouskaya and representatives of the Joint Transitional Cabinet held meetings with the Polish leadership (president, Prime Minister, and other officials) at the Warsaw Security Forum. She also met with the Prime Minister of France regarding civil society initiatives and the isolation of the Lukashenka regime.

The Office of the UN High Commissioner for Human Rights asks Belarusians to assist in the investigation of the crimes of the Lukashenka regime from May 2020.

The Joint Transitional Cabinet continues consolidating resolute opponents of the Lukashenka regime and announcing preparations for launching the Pieramoha plan to restore law and order in Belarus.

Meanwhile, supporters of a military solution to the political crisis in Belarus pursue several poorly coordinated initiatives, such as the Joint Transitional Cabinet’s Pieramoha plan and various volunteer formations in Ukraine (Kalinouski’s regiment and the Pahonia detachment).

Communication between democratic forces and the Belarusian population is deteriorating, which may affect the support of democratic politicians. Fifty-one per cent of Belarusians favour lifting all sanctions against Belarus, while Tsikhanouskaya continues to promote the sanctions strategy at the international level.

Consequently, there is likely to be a decrease in support for the initiatives of the democratic forces led by Tsikhanouskaya due to unpopular policies and limited communication with the Belarusian people.