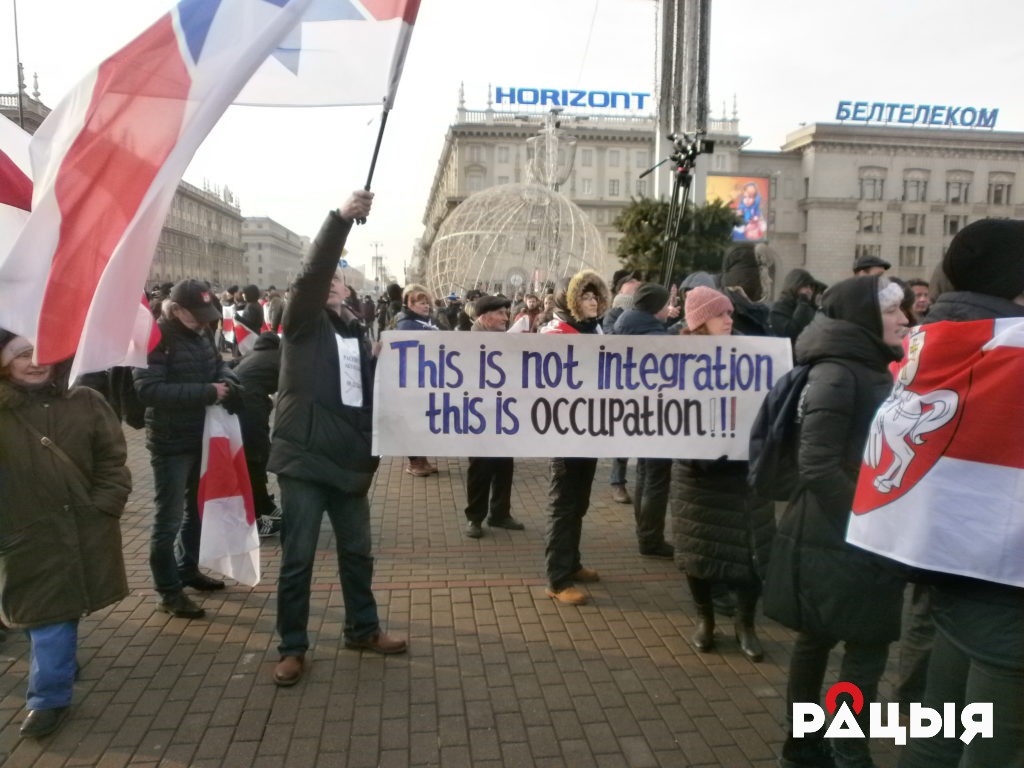 Some civic initiatives have mobilized supporters of national-democratic ideas for unauthorized actions in the centre of Minsk against “deeper integration” with the Kremlin. Political parties have held post-election events, mobilized their activists and started preparations for the presidential elections. “Tell The Truth” and the centre-rightists have announced their readiness to nominate presidential candidates.

The Fresh Breeze initiative has organized a “human chain” along Independence Avenue from the Main Post Office to the Belarusian State Circus. According to independent media assessments, some 200 people, mostly young people, participated in the event.

BCD co-chairman Pavel Sevyarynets has initiated an unauthorized rally on the October Square, which began after the ‘human chain’. Some 1,000 people took part in the rally and a procession from the October Square to the Independence Square, which, unlike the “human chain”, was explicitly oppositional, including banned national symbols and criticism of the current Belarusian leadership. Supporters of public protests from “European Belarus”, “Narodnaya Hramada” and “Young Front” have joined the organisers of the rally. Meanwhile, Statkevich, the Belarusian National Committee leader and supporter of public protests, has ignored the unauthorized event in the centre of Minsk. He nevertheless regularly and passionately speaks about the threat to Belarus’ independence. The rally on the Independence Square has enabled Sevyarynets to significantly strengthen his positions as a possible presidential candidate in the Centre-rightists’ primaries.

Tell The Truth has mobilized some 400 activists to participate in the New People Forum, which also brought together prominent independent Belarusian and international experts. Activists aim to continue local campaigns in the regions, which allows them to achieve local success and recruit new activists.