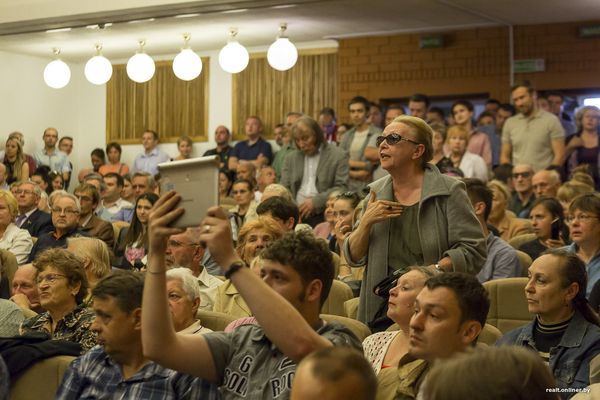 With its constructive stance, “Tell the Truth” complemented the non-compromising Belarusian National Committee and right-centrists in the dialogue with the Belarusian leadership. This facilitated the adoption of compromising decisions on topical issues, such as the suspension and revision of the decree on social dependants, greater openness of the Defence Ministry and staff rotation in Pechi military base, where hazing and the death of conscript soldier Alexander Korzhich occurred.

Tension among political parties reduced due to the abandoning of the struggle for leadership within the opposition and disputes about a single presidential candidate. Instead, parties focused on working with different social groups. Yielding to the opposition pressure, the authorities were prompted to take over some opposition initiatives in the context of ideology revision, such as, for example, concern for the protected area in the Kurapaty tract, where mass shootings occurred during the communist period.

Complementarity due to the division of areas of responsibility

Throughout the year, the Belarusian National Committee, headed by Statkevich, attempted to revive street protests. Albeit the BNC activities did not cause the winter-spring protests, they facilitated the creation of frameworks for the population to manifest their discontent openly. The political agenda of street leaders did not appeal to the majority of the population, however, the BNC protest activity reverbed in society with discontent due to authorities’ mistakes when adopting the decree on social dependants and the accumulated discontent with the socio-economic policies.

“Tell the Truth” also attempted to engage dissatisfied citizens who were not ready for decisive actions and street protests, in their activities. They focused on the dialogue with the authorities within mutually acceptable frameworks. Coupled with the potential gained by former presidential candidate Karatkevich of “Tell the Truth” during the presidential campaign, such approach allowed to bring many new activists and nominate greater number of candidates in the local elections as compared with other parties.

Centre-rightists used a combined approach: they engaged in street protests in the regions during the peak period but refused to participate in unauthorized rallies amid enhanced repressions by the authorities. Centre-rightists succeeded in promoting their interests at the international level and putting the situation in Belarus in the focus of attention of their European partners from the EPP.