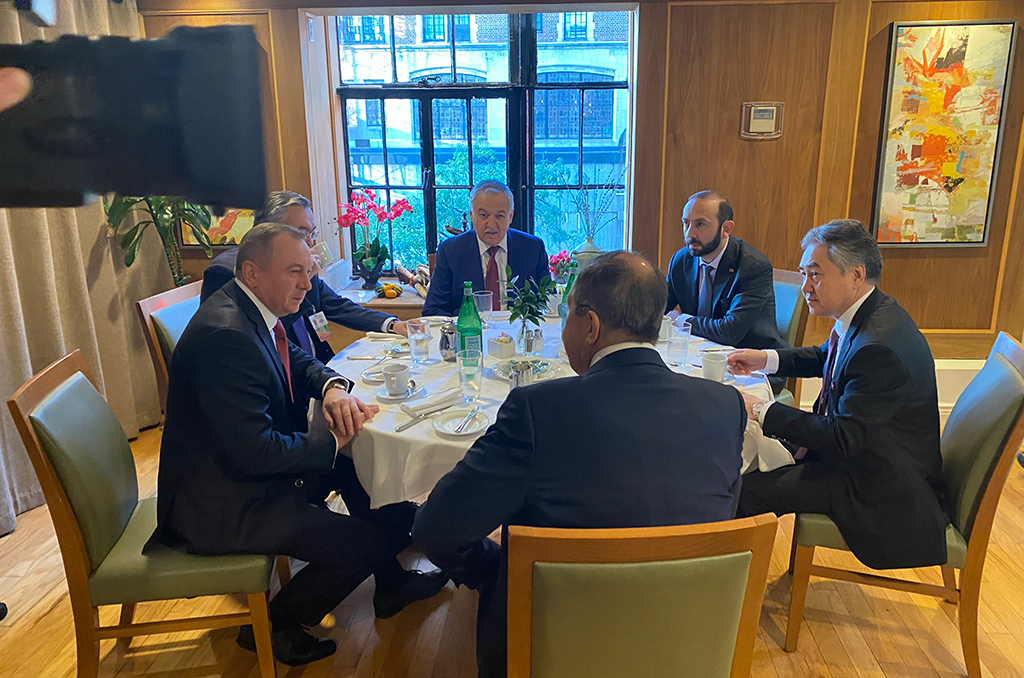 Anticipating the inevitable escalation of Russia’s war against Ukraine, the Belarusian regime is resurrecting the idea of guaranteeing its security by donning the mantle of a third regional actor.

On September 21st, Belarusian Foreign Minister Vladimir Makei took part in a foreign ministers meeting of the Non-Aligned Movement, during which he called on developing countries to unite to resolve the international relations crisis arising from the confrontation between major geopolitical players. Otherwise, “any, [especially] small, country in the developing world can become another victim of the selfish interests of the West.”

On September 22nd, further to an agreement reached during the SCO summit in Samarkand on September 15th, Lukashenka announced upcoming talks with China regarding issues of bilateral cooperation in the field of politics and military equipment.

The following day, Lukashenka also revealed that agreements with China regarding high-tech production were discussed on the sidelines of the SCO summit. He did not reveal details but did mention that a previous, similar agreement led to Chinese technological support in the creation of the “Polonaise” heavy multiple launch rocket system. Significantly, these promising prospects for Belarusian-Chinese cooperation were announced a week after the SCO summit, but by a strange coincidence, immediately after the announcement of mobilisation in Russia.

Clearly, Minsk fears an escalation of the Russian-Ukrainian war, increasing the risk of Belarusian involvement. Due to the atmosphere of mistrust (to put it mildly) with the West and dependence on Russia, Minsk wishes to secure support from a country with enough international influence that its opinion cannot be ignored by either the West or the Kremlin.

The Beijing option is seen as the most realistic, so we may anticipate the intensification of pro-Chinese rhetoric and symbolic gestures from Minsk to encourage reciprocal steps from China. At present, Minsk does not require much; the resumption of Chinese military-technical support (even if only symbolic) and joint military exercises/training will constitute a major success which will be presented as a Chinese “red line” for the West and Russia concerning Belarus.