The migration crisis escalates on both sides of the border 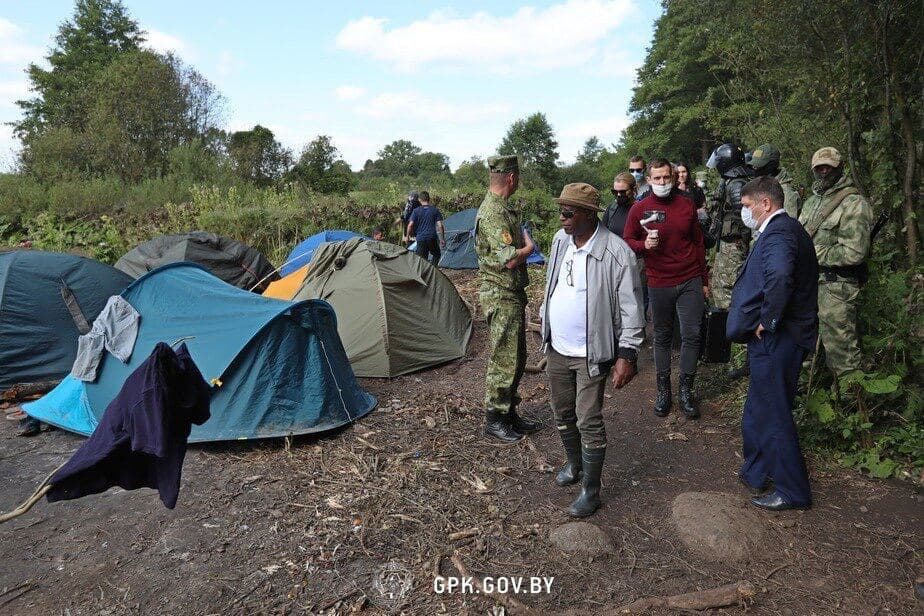 The artificially manufactured crisis of illegal migration to EU countries via Belarus is becoming progressively more dangerous, both for foreign relations and domestically.

There is growing evidence that Middle Eastern migrants brought to Belarus are forced to lead an antisocial lifestyle due to a lack of accommodation and other support. This has not yet lead to tension regarding criminality, but people deprived of any means of subsistence have few options for survival. Moreover, the bulk of them are single men, so there is the prospect of conflict with native Belarusians soon.

On October 8th, Polish regime claimed that shots had been fired from the territory of Belarus in the direction of Polish security forces; there were no injuries. The State Border Committee of Belarus predictably denied these allegations, however, the Ministry of Internal Affairs of Belarus, whose servicemen guard the border in conjunction with border guards, has not yet officially responded.

Meanwhile, Minsk alleges that Poland and Lithuania are impeding the passage of trucks at border crossings, seemingly as part of the asymmetric response of Vilnius and Warsaw to the migration crisis orchestrated by the Belarusian regime. The stated objectives are to interdict routes taken by migrants and suppress smuggling in general.

The migration crisis retains the potential to escalate into an even more direct confrontation between the Belarusian regime, on the one hand, and Poland and Lithuania, on the other. All participants declare that such an outcome would be undesirable, but equally all claim to be prepared for such a scenario. Neighbouring EU countries have already begun to exert additional pressure on Minsk, beyond tightening the border protection regime and imposing sanctions. We can expect that such steps will continue to expand in scope, for example, by invoking universal jurisdiction regarding crimes against humanity.

Migrants, who are being used as pawns in Minsk’s chess game with the West, may become a problem for the regime itself due to their deteriorating financial situation. Should incidents involving them occur, Belarusian public opinion will not look to the West to assign blame, it will look to the Belarusian regime, which allowed migrants into the country and allows them to stay.