Law and order in the army: whipping rather than removing the cause of offenses 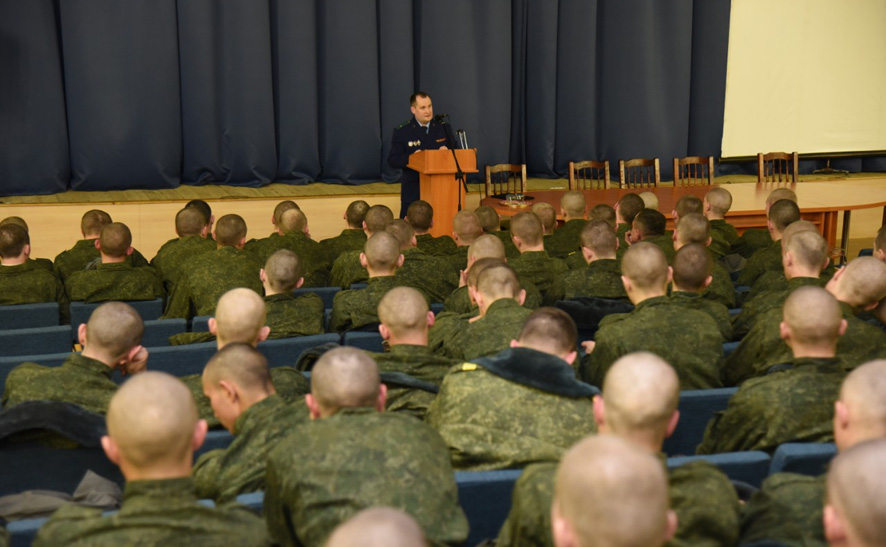 Belarus’ political leadership still has concerns about the state of the rule of law in the army. That said, it has not changed approaches to improving the situation, which focus on greater government control and severe punishment for offenses to encourage compliance with statutory regulations.

The prosecution authorities remain focused on strengthening the discipline and preventing offenses in the army. For instance, the Minsk region’s prosecutor office has held on-site meetings with military personnel at the 72nd joint training center. In addition, prosecutors held interviews with 300 servicemen of fixed-term service, during which they briefed servicemen about criminal cases against military personnel initiated in Q1 2019.

The Grodno region prosecutor’s office had revealed violations of the labor rights of employees at military units and guilty officials were held liable.

It appears that the political leadership of Belarus was unable to draw proper conclusions from facts of illegal behavior in the military. The authorities put great faith in the existing military service system and believe that the problem is bad performance. Hence, their solution is to tighten control and increase intimidation with severe punishments, rather than implementing reforms. In addition, the authorities are unlikely to disclose information about crimes committed within the military. That said, such a policy only anchors weaknesses and in no way contributes to the public appeal of the army or improves the situation in the military.