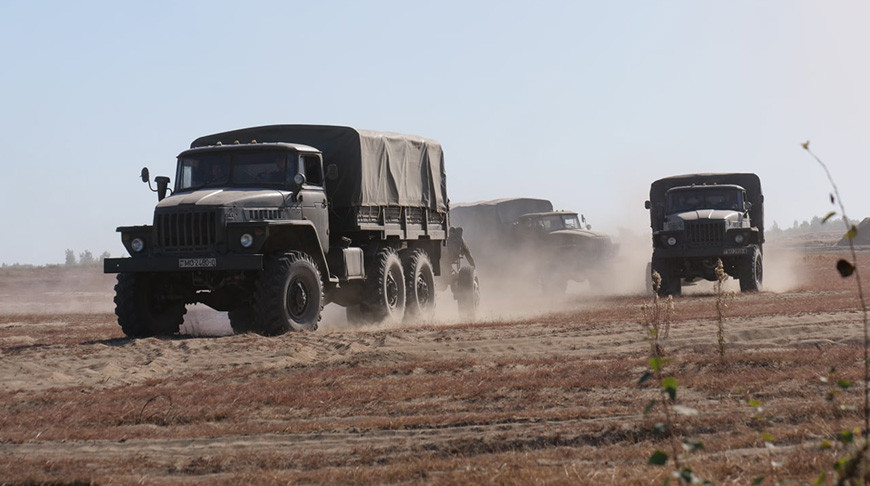 Despite periodic confrontational rhetoric, Minsk and Kyiv show no desire for armed escalation. However, the Russian factor remains an unpredictable, malign influence.

On September 8th, the command and staff exercise of the army which takes place in even-numbered years began in Belarus. This year it has unique characteristics.

As of September 9th, the exercise appears to be of modest scale in terms of land forces, possibly due to significant resources being committed to border protection with Ukraine.

In addition, the Belarusian regime is clearly trying to demonstrate goodwill. Military-diplomatic representatives were invited to observe the exercises, even though they were not of a large enough scale to render this mandatory. Only one of the exercise locations, the Brest training ground, is located in the border area.

Meanwhile, “Northern Hurricane – 2022” is underway on the Ukrainian side of the border. These exercises primarily involve units from the Ukrainian Ministry of Internal Affairs and train engineering of defensive positions, deployment of minefields and elimination of saboteurs.

Ukrainian allegations regarding the participation of CSTO troops in the Belarusian exercises have not yet been confirmed. Meanwhile, Russia provides the primary source of intrigue. The threat of missile strikes on Ukrainian territory from Belarusian airspace during the exercises remains, especially given the successful offensive actions of Ukrainian troops in the Kharkiv region.

Limited Russian action against Ukraine from Belarusian territory cannot be ruled out. However, Minsk and Kyiv prefer to limit the confrontation to rhetoric from officials and propagandists. In practice, there are still no signs of escalation to armed conflict, and should this change, the parties will seek to defuse, rather than escalate, any localised local incidents.