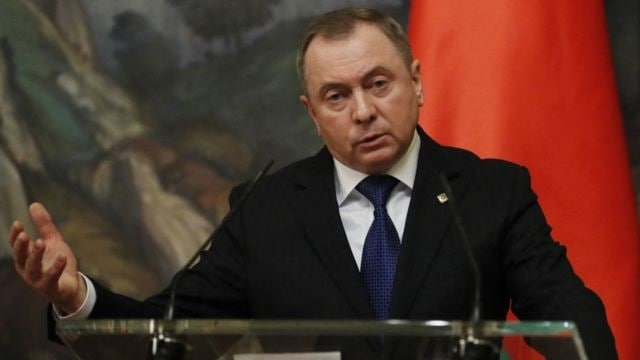 The sudden death of Vladimir Makei, the Belarusian Minister of Foreign Affairs, creates foreign policy challenges, particularly regarding relations with the West. Depending on who assumes the role of the foreign minister, it will either take time to establish new relationships with Western capitals under unprecedentedly low trust, or the Western aspects of foreign policy will be subsumed by Russian foreign policy.

The sudden death of Belarusian Foreign Minister Makei calls into question the future direction of Belarus’ foreign policy towards the West. As the primary representative of the Lukashenka regime to the West, Makei could leverage personal contacts to maintain communication channels with Western capitals. This potentially constrained Russian influence and influenced the manoeuvring of the regime in the context of the Russian-Ukrainian war.

Be that as it may, his passing coincided with Western speculation that the Kremlin plans to further reduce Belarusian manoeuvring room. Such plans may include replacing Lukashenka with a more reliable figure from among the Belarusian security forces, seizing control of the Belarusian army, and directly involving it in the war against Ukraine.

While these speculations are based on unverifiable anonymous sources, they reflect fears of an even more significant tilt towards Russia. The sudden death of Makei strengthens the position of advocates of such a scenario within the Belarusian regime.

On November 25th, the day before his death, Makei met with the Apostolic Nuncio, Archbishop Ante Jozic, to achieve further positive interaction dynamics. It was also assumed that he would attend the OSCE Council of Foreign Ministers meeting (CFM) in the Polish city of Lodz on December 1-2nd, unlike Russian Foreign Minister Sergei Lavrov, who was not invited. The Vatican and organisations like the OSCE have historically provided a mechanism for delivering messages to the West.

Whoever assumes the role of Belarusian Foreign Minister will need considerable time to renew these channels of communication. At worst, the western foreign policy of Belarus will simply be subsumed by Russia.

Current developments, ranging from the imposition of a ceiling on Russian oil prices as part of a western energy embargo, and the adoption by the NATO Parliamentary Assembly and the European Parliament of resolutions recognising Russia as a state sponsor of terrorism, set the stage for even more strained relations.

The stance of the West leaves little room for manoeuvre of the Belarusian regime, despite Lukashenka’s continuing rhetorical attempts to distance himself from the war. The ultimatums adjacent to this rhetoric, raising the spectre of the complete destruction of Ukraine and betting on Russian victory, constrain this space even more.

The resolution of the European Parliament recognising Russia as a state sponsor of terrorism mentions Belarus but does not assert the same status. The European Parliament emphasises that Russia launched more than 4,000 missiles and 24,000 artillery shells towards Ukraine, some from Belarusian territory. Furthermore, Russia actively supports and assists Lukashenka in the repression and torture of the Belarusian people. Lukashenka is therefore characterised as an accomplice for his role in facilitating attacks from the territory of Belarus and openly supporting Russian aggressors. In addition, the European Parliament called for extending the Magnitsky Act to acts of corruption to enable prompt, targeted sanctions against persons responsible for corruption in Belarus and the Russian Federation and their accomplices and beneficiaries in the EU.

The parliament also adopted a resolution “On the ongoing repression against the democratic opposition and civil society in Belarus”, condemning the participation of Belarus in Russian aggression, the deployment of Russian troops in Belarus, and the bellicose rhetoric of the Belarusian authorities. The resolution emphasises that Lukashenka and his associates bear equal responsibility for war crimes in Ukraine and should be held accountable before an international Tribunal and the International Criminal Court. Lukashenka’s attempts at Russification and undermining Belarusian culture are also condemned and regret expressed that the Ministry of Internal Affairs has characterised the motto “Long Live Belarus!” as a “Nazi” slogan.

Despite fears in Western capitals about an even greater tilt of Belarusian foreign policy towards the Kremlin, the West does not intend to reduce pressure on the Belarusian regime.