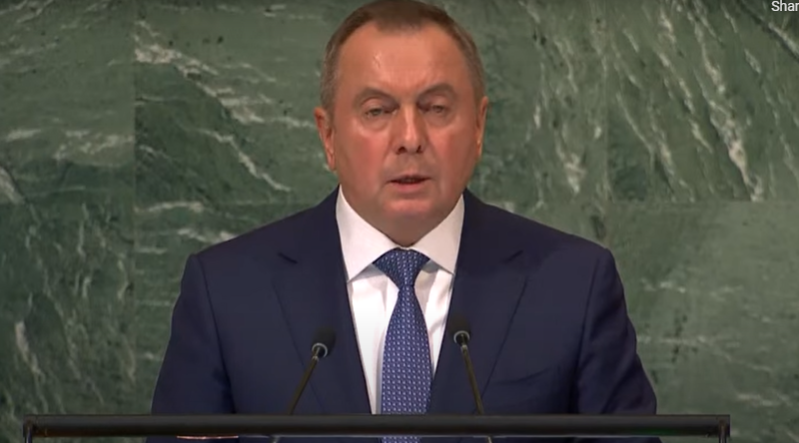 Following Russia’s announcement of mobilisation and “referendums” in occupied Ukrainian territories, the West has begun to prepare the eighth package of sanctions against both Russia and Belarus. Meanwhile, the Belarusian regime clings to hope regarding dialogue. Bargaining with political prisoners has failed, so Minsk has moved to offer the West promotion of regional security, another traditional commodity. This may take the form of not joining the war against Ukraine, not recognising “referendums”, mediating between Russia and Ukraine, and contributing to global food security in exchange for the lifting or easing of economic sanctions.

In response to the so-called referendums in Russian-occupied Ukrainian territories, Western countries have begun preparing the eighth package of sanctions. The EU and the G7 countries are still working out details of a price cap on Russian oil, however, it is already known that the sanctions package will cover chemicals, cars, and metal products amounting to at least EUR 12 billion, and also individuals involved in the “referendums” in the occupied territories of Ukraine. The package may also include measures, directed against the Russian information technology industry, cybersecurity, and software.

Poland and the Baltic states propose disconnecting several more banks from SWIFT and banning the import of diamonds. They also advocate those sanctions, including restrictions on IT services, be imposed against Belarus. The package may be approved by mid-October.

After the West rejected the possibility of bargaining on the issue of political prisoners, the nature of amnesty became clearer. The regime will not announce a general amnesty, as previously expected. In addition, Belarusian authorities refused to issue a visa to Dirk Schuebel, the head of the EU delegation to Belarus. Nevertheless, Minsk decided once again to propose regional security issues as a commodity for bargaining.

The Belarusian regime used the 77th session of the UN General Assembly in New York, in which Foreign Minister Vladimir Makei took part, to telegraph overtures to the West, once again calling for dialogue to overcome the crisis caused by the Russian-Ukrainian conflict.

Naturally, Belarus sees itself as an integral part of both the negotiation process and the final security guarantees and is ready to play a role in strengthening regional security. In addition, Makei relayed Lukashenka’s message on ensuring global food security to UN Secretary-General Antonio Guterres, which would involve lifting sanctions against the potash sector of the Belarusian economy, and joining the “grain deal” regarding the transit of Ukrainian grain through Belarusian territory.

On the sidelines of the UN General Assembly session in New York, Makei held meetings with colleagues from Turkey, Hungary, Pakistan, Nicaragua, and Brazil. The Belarusian regime is again trying to position itself as a mediator in the negotiations between Ukraine and Russia, ensuring that final agreements take into account Belarusian (regime) interests.

Minsk also tried to take advantage of the escalation of the Russian-Ukrainian conflict caused by the Russian “referendum” plans. In addition to not participating militarily in the war, the regime can now use recognition or non-recognition of the results of the “referendums“ as a bargaining counter. A present, Minsk does not intend to recognise the results, as indirectly indicated by the denial of the Belarusian Central Election Commission that it is assisting with Russian “referendums” in Ukraine.

However, neither the hypothetical entry of Belarus into the war nor the recognition of the results of the “referendums” will fundamentally alter the course of the Russian-Ukrainian conflict, leading to a strategic defeat for Russia. Belarusian potash fertiliser exports are not critical for global food security, and neither the West nor Ukraine needs Belarusian mediation services in negotiations with Russia since Turkey already fulfils this role successfully. Consequently, nothing the Belarusian regime has to offer has any special value, and cannot interest the West as payment for entering into dialogue.