Stepped-up dialogue with the West continues without significant results 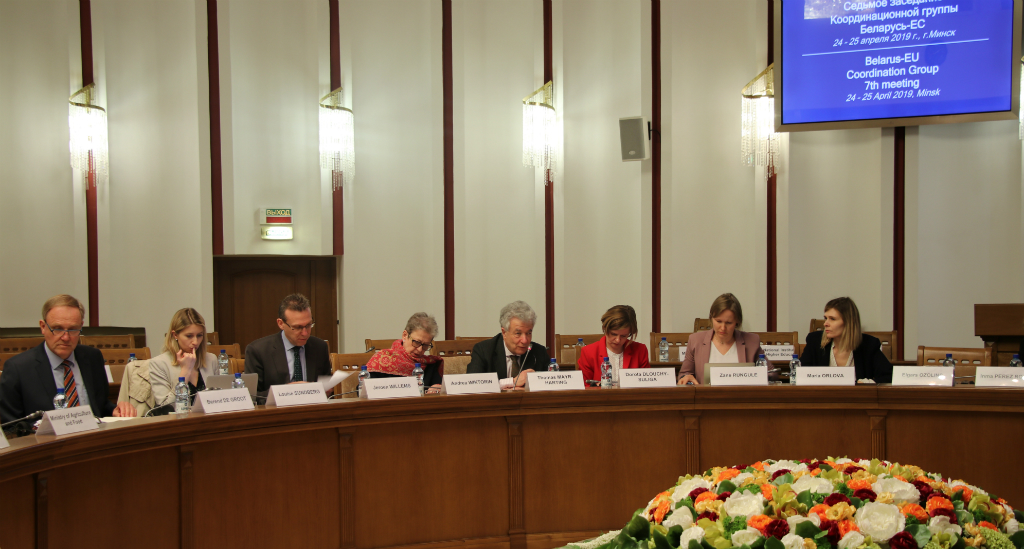 Minsk continues to take diplomatic efforts to improve relations with the European Union and the United States, however, there is no significant progress within the framework of ongoing negotiations.

The 7th meeting of the EU-Belarus Coordination Group, summarizing the semi-annual results of cooperation within the framework of sectoral dialogue, the Eastern Partnership, and negotiations on visa facilitations and partnership priorities took place on April 24th-25th, 2019.

The meeting has demonstrated the presence of numerous joint projects and cooperation areas, and an improvement in the overall communication. However, negotiations on important agreements – visa facilitation and partnership priorities – are still far from the completion, although some progress was made in recent months.

That said, as regards visa facilitation talks, Poland managed to lift the demand for an increase in the number of consuls, however the problem with the readmission of illegal immigrants to the European Union from Russia arriving from Belarus remained unresolved. Negotiations on the partnership priorities are further blocked by Lithuania due to the Belarusian Nuclear Power Plant. In addition, Brussels evades negotiations on concluding a basic agreement with Minsk, relying on a politically determined step-by-step process of normalizing relations.

In the given circumstances, Belarusian diplomacy is likely to further focus on improving bilateral relations with individual EU member states and seek new areas of common interest with the United States.