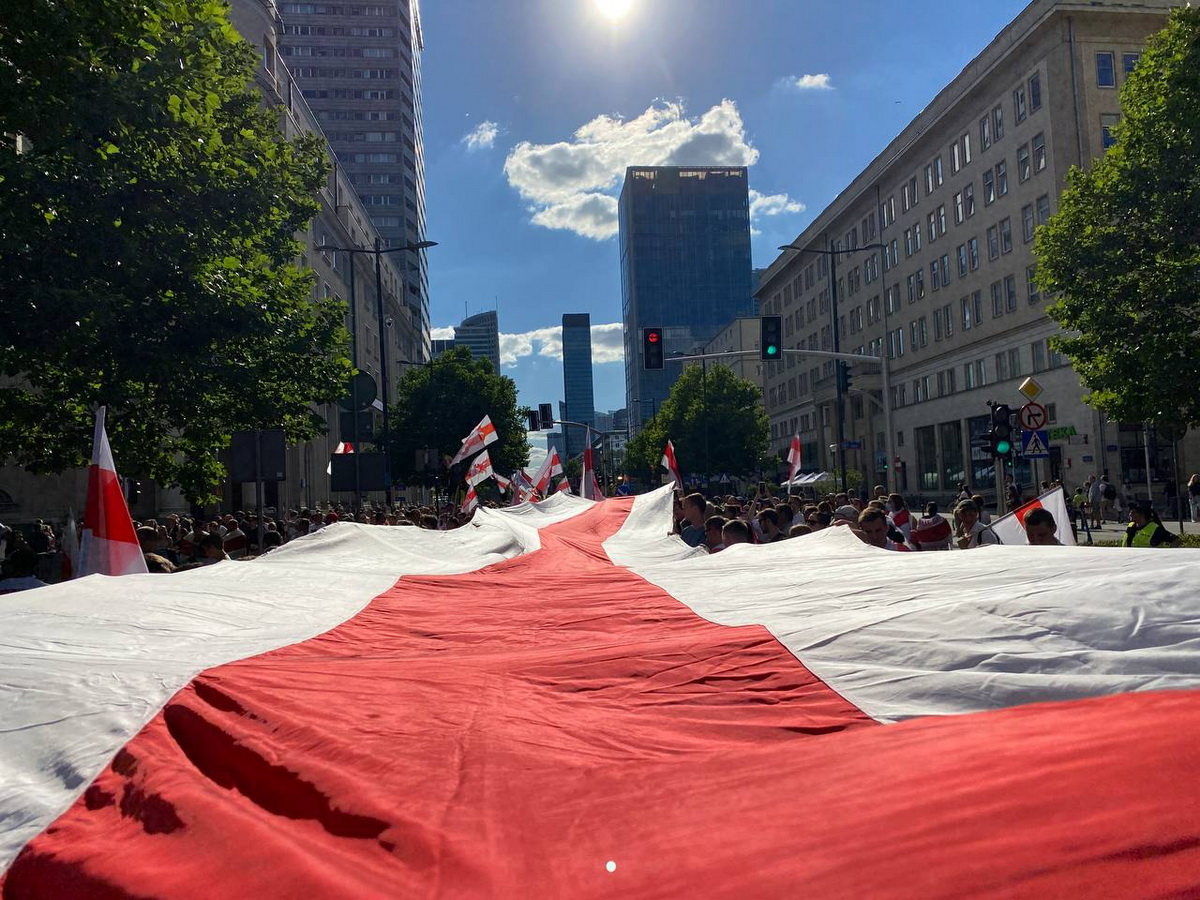 The Russian-Ukrainian war did not overshadow the Belarusian political crisis of August 2020. On the second anniversary of those events, the West reaffirms its commitment to the democratic aspirations of the Belarusian people. It holds the Lukashenka regime accountable for human rights violations and complicity in Russian aggression. Meanwhile, the Belarusian government threatens reciprocal measures in response to Western economic sanctions but also calls for a return to substantive dialogue and cooperation.

On the second anniversary of the political crisis that began after the 2020 presidential elections, politicians and leaders of Western countries expressed their support for the democratic aspirations of Belarusians. MEPs and parliamentarians of European countries also spoke in support of the Belarusian people today. In addition, the European Union continues to deny the legitimacy of the Lukashenka regime. It will continue to support efforts to hold it accountable for human rights abuses and complicity in Russian aggression.

The U.S. has imposed new visa restrictions on 100 Belarusian officials involved in undermining democracy in Belarus. Washington intends to continue to call for accountability for human rights violations by the Lukashenka regime and support international efforts to document violations and bring those responsible to justice.

In response, the Belarusian Foreign Ministry issued a statement. The regime believes that the European Union and the United States have made several insulting and unfounded accusations against the sovereign and independent Belarusian state. Although Minsk categorically opposes Western interference in the internal affairs of Belarus, the statement urges Western countries to end their irresponsible, dead-end, anti-Belarusian policy, abandon pressure and sanctions, and return to substantive dialogue and mutually beneficial cooperation.

Belarus plans to respond to economic sanctions on the part of unfriendly countries. According to Lukashenka, the West seized Belarus’ sanatorium in Jurmala and a bulk cargo terminal in the port of Klaipeda (30% of the terminal’s shares belong to Belaruskali). The property of legal entities and individuals of unfriendly states in the Republic of Belarus is known, and appropriate reciprocal measures will be implemented shortly. However, the Belarusian regime will also “appeal to the voice of reason to the last if someone hears it.”

Responding to the discussion in the EU of a visa ban for Russian and Belarusian citizens, the Joint Transitional Cabinet declared itself opposed to a ban on Schengen visas for Belarusians. In response to the call of the Saeima of Latvia to close the border to Belarusians, the Cabinet announced that it would continue to work to prevent such restrictions.

However, despite the global situation, the Belarusian regime will not be able to achieve a softening of Western sanctions, unlike Russia, which received several relaxations in exchange for a grain deal. The primary sanctions regimes, including targeted sectoral sanctions, were introduced against Belarus due to the political crisis of 2020. Without addressing the causes of this issue, the revision of the sanctions policy of the West is impossible.