Neither Belarus, nor the EU can offer steps to give momentum to the normalisation process 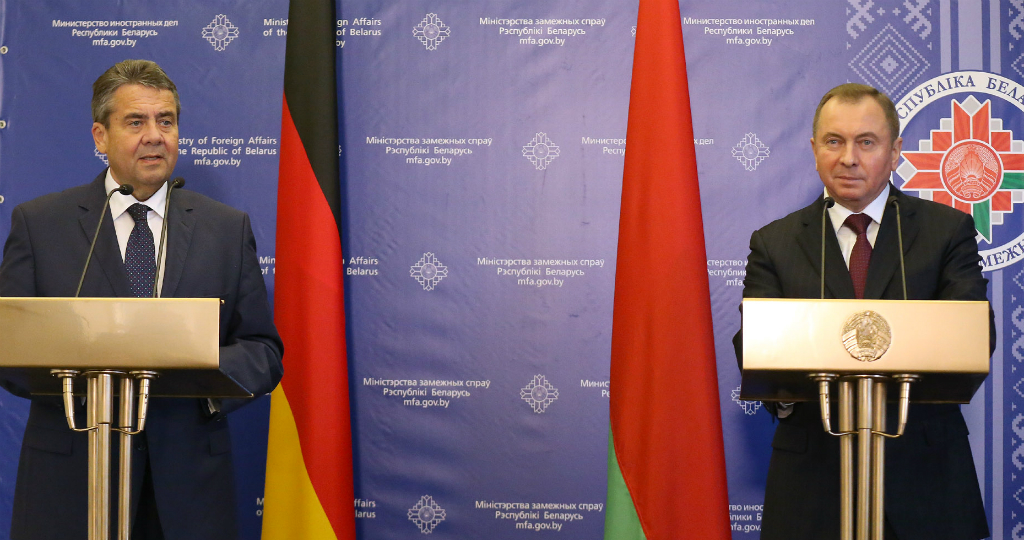 As the Eastern Partnership Summit draws closer, the frequency of contacts between Minsk and the EU and some European states has increased significantly. Meanwhile, Belarus is likely to be represented by Foreign Minister Makei at the Summit.

On November 17th, 2017, German Vice-Chancellor, Federal Minister of Foreign Affairs Sigmar Gabriel visited Minsk. This was the first bilateral visit of the German Foreign Minister to Belarus since 1995. The main objectives of the visit, apparently, included the handover of a personal invitation to the Belarusian president to the Eastern Partnership Summit, and the arrangement of a possible meeting between the Belarusian president and German Chancellor Angela Merkel on the margins of the Summit, or in another format. Such a meeting could be the decisive motive for Lukashenka’s participation in the upcoming Summit in Brussels.

In his speech at the Minsk Forum, Sigmar Gabriel, in addition to positive statements on improving the Belarusian-European relations, stated that “trust should be rebuild between the parties” and that European politicians still remained sceptical about the respect for human rights in Belarus.

Other EU officials, while speaking at the Minsk Forum, also linked further development of relations and signing of the basic agreement with the progress in the human rights field. In particular, such statements were made by the Head of the EU Delegation to Belarus, Andrea Wiktorin, and the Head of the European External Action Service Eastern Partnership Bilateral Division, Dirk Schuebel. In turn, Belarusian officials continued to insist on the need to prioritise economic issues.

The European Union has demonstrated the inertia of previous approaches aimed at Belarus’ democratisation, and the sensitivity to the arguments of the Belarusian opposition and civil society, at least on the rhetorical level. Since the Eastern Partnership Summit would not envisage any substantive decisions as regards Belarus, and the critical mass of meetings important for Lukashenka on the summit’s margins has not yet been arranged, it is very likely that Belarus would be represented by Foreign Minister Makei at the Summit.