Minsk once again seeks to deepen relations with the EU, however, without sacrifices 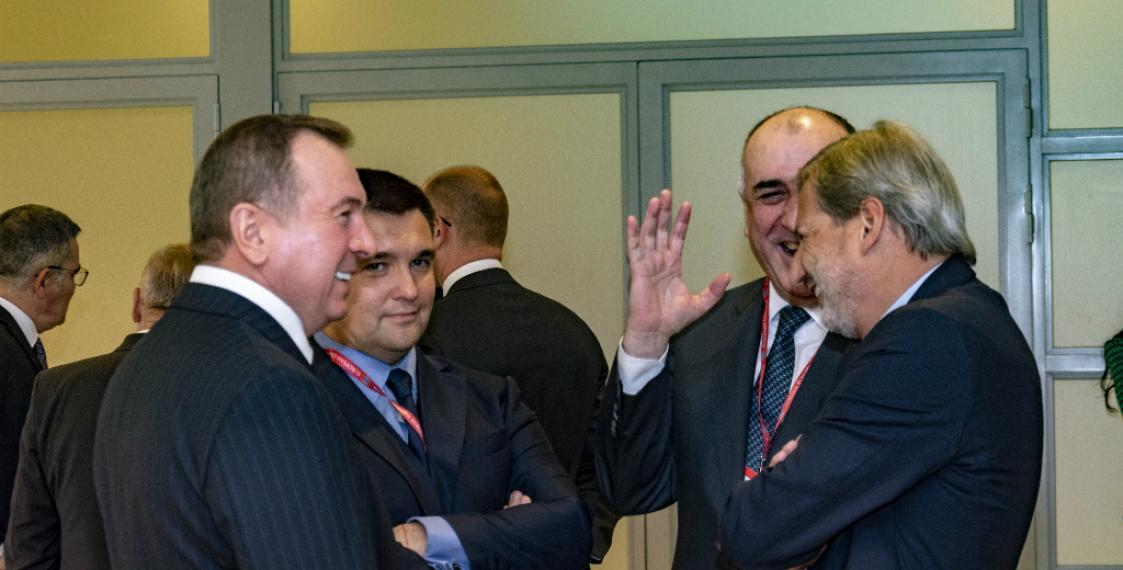 The major event last week was Foreign Minister Makey’s participation in the 9th Annual meeting of the foreign ministers of the EU member states and the Eastern partner countries (EaP) in Luxembourg.

Participants assessed progress in implementing 20 key EaP priorities until 2020 and exchanged views on the most problematic issues in international relations, including the situation in the Eastern European region. In his report, Makey reiterated Belarus’ interest in the EaP as an “inclusive, pragmatic and non-confrontational initiative”.

In addition, Makey held a separate bilateral meeting with European Commissioner Khan to discuss progress on talks on the Partnership Priorities agreement between Belarus and the EU in 2018-2020, visa facilitation and readmission agreements and the planned high-level visits. Bilateral talks turned out to be so intense that Khan and Makey carried on even during a group photo shoot.

Minsk appears to attach a particular importance to the normalization with the EU and signing relevant agreements, as evidenced from the fact that the working meeting between Lukashenka and Makey on October 18th, focused primarily on relations with the European Union.

That said, the signing of agreements with the EU has been significantly delayed. Responding to a question by ONT TV journalist about the fate of the agreements, Makey said that “our partners” recently included “some clauses” in the Partnership Priority Agreement, which required further in-country discussion. This could refer to Lithuania and her requirements related to the construction of the Belarusian Nuclear Power Plant.

Last week, relations with the European Union were in the spotlight of the Belarusian foreign policy. Minsk clearly outlined the desire to advance in improving relations with Brussels. Simultaneously, the Belarusian authorities are unlikely to fulfil all requirements put forward by the EU and some EU member states, especially if they do not directly relate to the subject matter of the agreements.