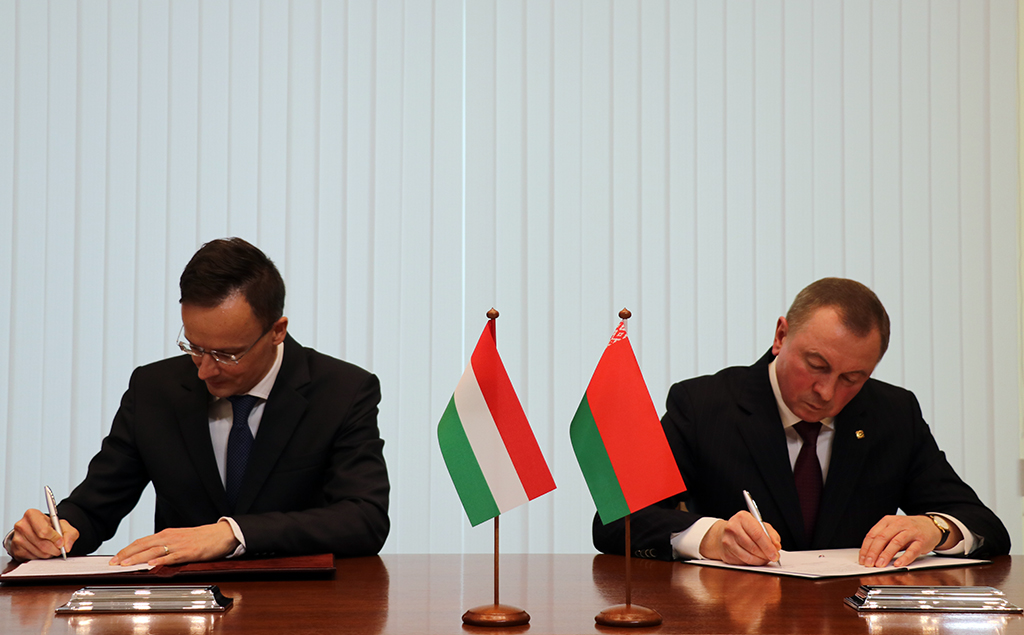 Last week, the major event in Belarus’ western policy was the visit of Hungarian Foreign Minister Péter Szijjártó to Minsk. Belarusian-Hungarian relation is an example of Minsk attempting to transform overly good political relations with an EU state into profitable economic relations. In particular, Foreign Minister Makei emphasized that economic cooperation between the two states was far less intense than political cooperation and that we “will try to make efforts to bring our trade and economic cooperation to a higher level in the future”. The bottom line, the visit resulted in a signed contract for the supply of 40 Belarus-made double-decker Stadler trains and the opening by the Hungarian EXIM bank of a EUR 40 million loan for Hungarian-Belarusian projects.

Besides, Minsk continued negotiations with Riga about additional cargo flows through Latvian ports. On March 3rd, 2020, a relevant meeting was held between Minister of Transport and Communications Auramenka and Deputy State Secretary of the Ministry of Transport of Latvia Uldis Reimanis. According to the Transport Ministry, negotiations were held to prepare the ground for Lukashenka’s visit to Latvia. A Belarusian-Latvian business forum will be organized in Riga, where, among other things, the parties will continue negotiations on trade and economic cooperation. Besides, the parties aim to sign three intergovernmental agreements.

Besides, last week, Deputy Foreign Ministers Eudachenka and Shestakou met with the ambassadors of Germany and Italy.