Minsk continues to seek normalization of relations with the West 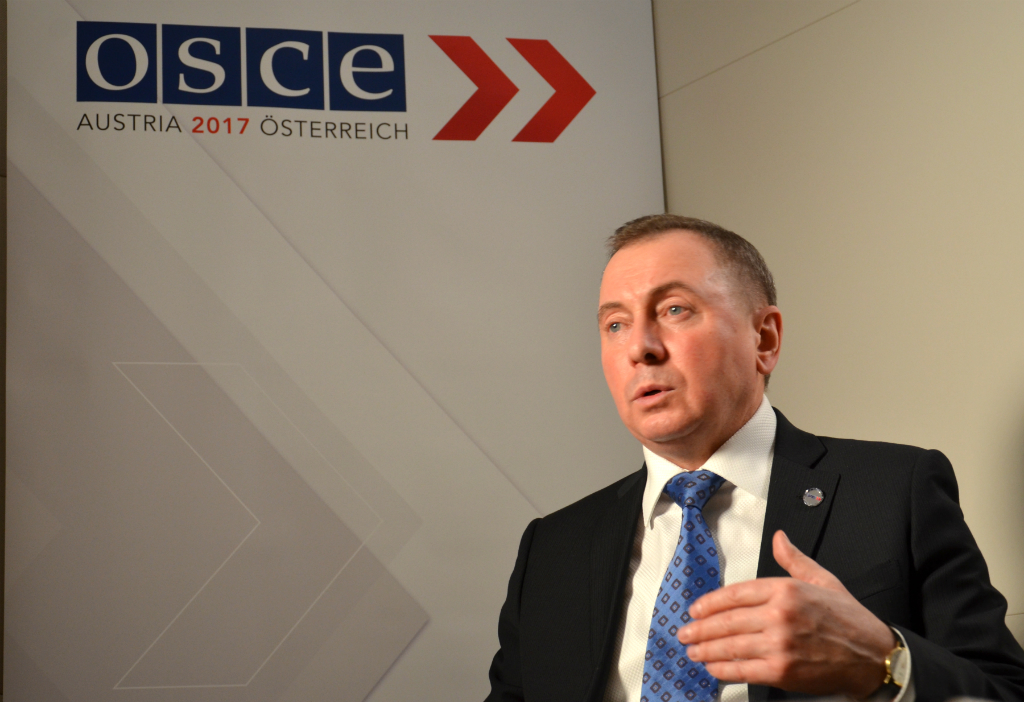 In an interview with the American Current TV, Makei spoke optimistically about the prospects for simplifying the visa regime with the EU, and also talked about the plans to extend the visa-free stay in Belarus for citizens of 80 countries up to 10 days. Makei emphasised that Belarus and the West had “a lot in common”: that Belarus was in Europe both geographically and politically and that having independent and sovereign Belarus would pay to the West. According to him, Belarus, among other things, was useful to the European Union, since she ensured a reliable protection of 1,200 km of the joint border. The EU, in turn, interested Belarus as a source of advanced technologies.

At a meeting of the OSCE Ministerial Council on December 7th, 2017 in Vienna, Vladimir Makei reiterated the idea of launching a “new Helsinki process”, which was brought up by Lukashenka at the summer session of the OSCE Parliamentary Assembly in Minsk.

Brussels and Minsk have agreed on the dates for the next meeting of the Belarusian-European Coordination Group, which has the development of a political dialogue and the strengthening of sectoral cooperation on the agenda. It will be held on December 19th – 20th in Brussels.

Thus, as predicted, the intensity of political contacts with Western countries has gradually decreased by the year-end. Nevertheless, Minsk continues to emphasize its interest in comprehensive normalization of relations.