Minsk consistently pursues the normalisation policy with the West 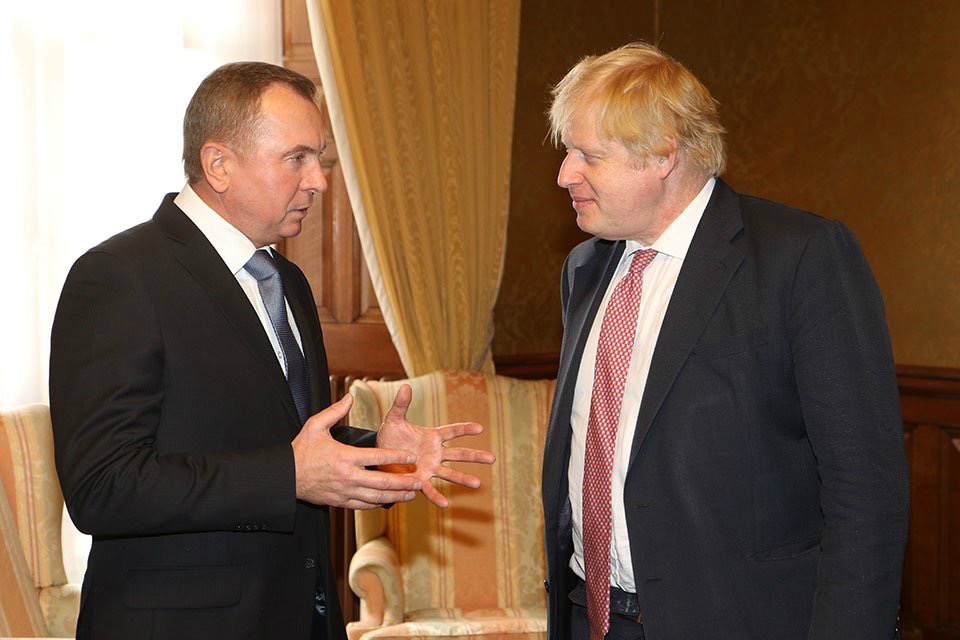 The past week was rich in Western policy events. Foreign Minister Makei made a very productive visit to the United Kingdom and his Deputy Oleg Kravchenko, to the United States. Amid the expulsion of Russian diplomats from Western countries, Belarus’ foreign policy activity in the West could be regarded as flaunty, however, it came as a result of extensive preparations and in no way was anti-Russian.

During his two-day official visit to London on March 27th-28th, 2018, Foreign Minister held negotiations with the leadership of the British Foreign and Commonwealth Office and the Department for Foreign Trade, parliamentarians, Prince Michael of Kent; the Belarusian delegation also met with the leadership of the European Bank for Reconstruction and Development and representatives of leading British research centres. As a result, several documents on cooperation on trade, investment and customs were signed. At the EBRD headquarters, Foreign Minister signed a loan agreement to implement a project on the reconstruction of the P-80 highway, enabling to complete the construction of the second ring road around Minsk before the opening of the 2nd European Games in 2019.

Belarus’ exports to the United Kingdom earn some USD 2.2, making it the third largest importer of Belarusian goods. The Belarusian leadership seeks to consolidate and develop bilateral cooperation, which is especially important in the context of the UK’s withdrawal from the EU and changes in the terms of trade. The political importance of this visit is evidenced by the fact that this was the first visit of the Belarusian Foreign Minister to the UK since 1993. Following the meeting, Sir Alan Duncan, the State Minister for Europe and Americas at the British FCO, wrote in his Twitter about “good progress on many fronts,” and the Director of the Centre for European Reform, Charles Grant, noted that “in the 12 years that I have been dealing with the country, relations between Belarus and the EU have never been better”.

In addition, the Foreign Ministry’s press service mentioned the interest of the parties in “promoting initiatives aimed at reducing tension in the region”. That is, the idea of the “Minsk Process” (the so-called “Helsinki-2.0”) has been consistently promoted by Belarusian diplomats.

Within the framework of his visit to the United States, for the first time, Deputy Foreign Minister met with the Assistant Secretary of State for European and Eurasian Affairs, Wess Mitchell. With the Acting Assistant Secretary of State for Democracy, Human Rights and Labour, Michael Kozak, human rights issues have been raised. The deputy minister also met with a group of experts from the RAND Corporation, an American think-tank. The establishment of Honorary Consul of Belarus in Utah has become an important milestone in bilateral relations with the US, which appears to have been the result of Minsk’s cooperation with local Mormons. Apparently, Belarus has increased the use of expert diplomacy channels – all recent important visits marked meetings with research centres and participation in expert briefings and conferences on the agenda.

Minsk has been persistent in normalising relations with the West and promoting Belarusian goods on European and American markets. Amidst a sharp deterioration between the West and Russia, such actions by the Belarusian leadership, on the one hand, could cause the Kremlin’s discontent and create difficulties in Belarusian-Russian relations, but on the other – strengthen Belarus’ image as a sovereign state pursuing its interests on the international arena.