Inconsistent normalization in Belarus’ relations with the West 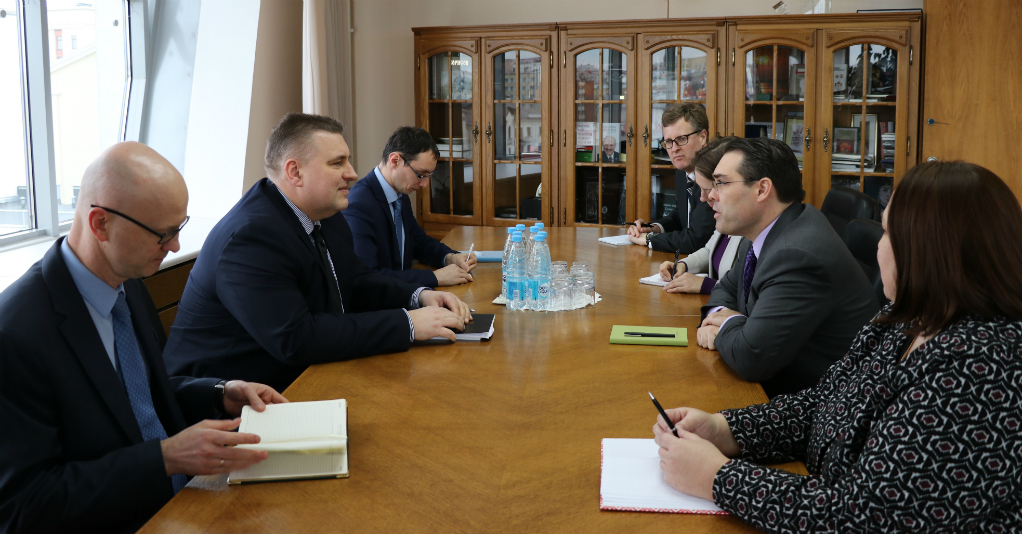 Last week, interactions with the West slightly decreased, unmasking the complexity of the normalization process.

Last week, visits by US officials continued, albeit at a lower level. On February 17th-18th, 2020 Communications Director at U.S. Senate Foreign Relations Committee Chris Socha, and Secretary at U.S. Senate Foreign Relations Committee Hannah Thoburn, visited Minsk. They held meetings at the Foreign Ministry and in both houses of the Belarusian parliament. Incidentally, this was the first bilateral parliamentary meeting between Belarus and the USA. During a meeting at the Council of the Republic, Senator Socha said, “Collaboration with your country is important, and the seriousness of the United States in this matter has been confirmed by recent visits.”

Simultaneously, the Council of the European Union extended sanctions against Belarus for another year. The sanctions include an embargo on the supply of arms and equipment which may be used for domestic repression, the freezing of assets and a travel ban on four Belarusian nationals who allegedly had been involved in the disappearances of two opposition politicians, a businessman and a journalist in 1999 – 2000. The Council also prolonged the derogation to the restrictive measures to allow the export of biathlon equipment and the limited number of specific-use sporting rifles and sporting pistols to Belarus, which remain subject to prior authorization by national competent authorities on a case by case basis.

As usual, in response to the EU Council decision, the Belarusian Foreign Ministry expressed its disappointment and said that these restrictions were “unjustified remnants of the past and a manifestation of political inertia in the EU approaches towards building a dialogue with Belarus”.

Overall, despite the ongoing normalization with the West, which has recently gained momentum, some restrictions hindering business and political cooperation remain in place. Simultaneously, there is a clear general trend towards a gradual change in perceptions and approaches to collaboration with Belarus.