Communication between Belarus and the West is gaining traction 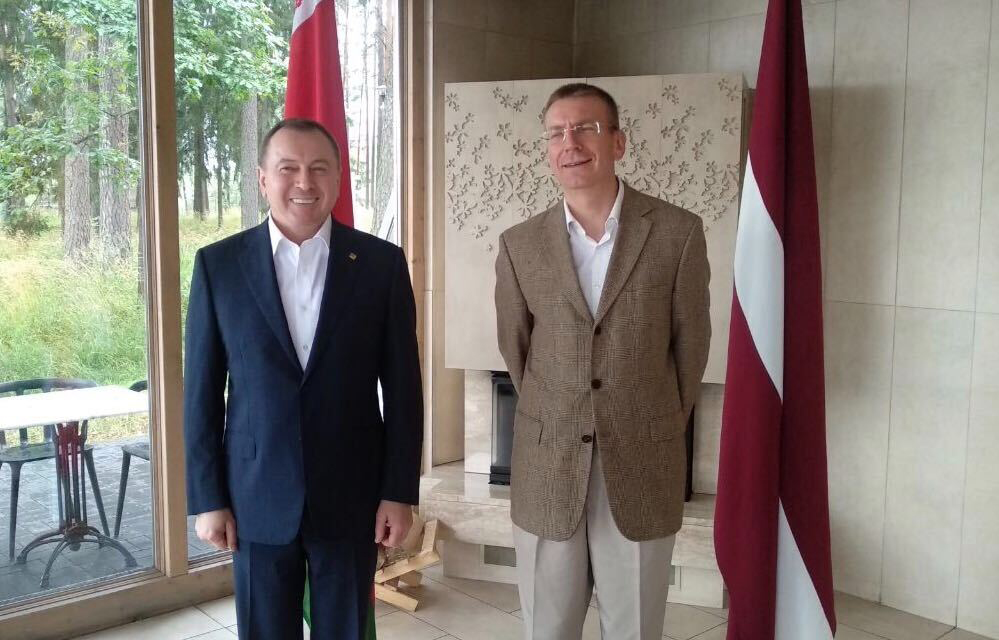 Minsk has stepped up diplomatic communication with Western states to prove its point about the presidential campaign and the political situation in the country.

On July 24th, at a working meeting in Latvia, Foreign Ministers of Belarus and Latvia discussed bilateral relations and Belarus-EU cooperation. They also discussed the presidential elections in Belarus. In this regard, Latvian Foreign Minister Rinkēvičs expressed concerns of both, Latvia and the EU, about the developments in Belarus and expressed hope that relations would not “backslide to 2006-2010”. Foreign Minister Makei’s visit to Latvia was the first to the EU since the start of the coronavirus outbreak, underpinning its significance. Belarus values Latvia not only as a loyal EU member state but also as an important transit route for Belarusian goods and energy. Last spring, before the outbreak, Lukashenka aimed to visit Latvia and during the preparations for the visit, the parties mentioned some important bilateral agreements to be concluded.

Last week, Deputy Foreign Minister Krauchanka (recently appointed as Belarusian Ambassador to the United States) visited Brussels. On July 23rd, he participated in an extraordinary meeting of high-ranking officials from the EU and Belarus largely devoted to the presidential campaign in Belarus. That said, Partnership Priorities, nuclear safety, and Covid-19 issues were also touched upon. In the context of the campaign, it is worth noting that the European External Action Service is using grudging terms in its statements, unlike MEPs in their appeals. For example, the former referred to “seemingly arbitrary exclusion of candidates from the electoral process”. This may indicate that Belarus’ official position is not entirely disregarded.

On July 22nd, US Under Secretary of State for Political Affairs David Hale phoned Foreign Minister Makei. The conversation primarily focused on the exchange of ambassadors, however, the Belarusian Foreign Ministry emphasized in its media advisory that “at the request of the American side, Makei informed his counterpart about the details and nuances of the presidential campaign in Belarus”.