Belarus seeks new opportunities in the West, including in the security field 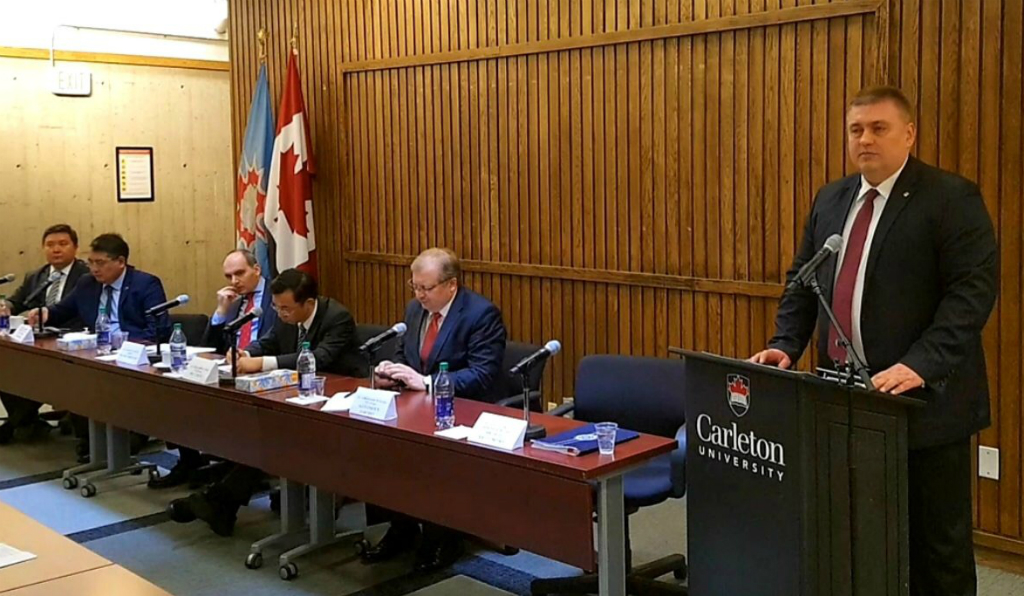 Despite the lack of rapid progress in political negotiations with the EU and the United States, Minsk continues purposeful and consistent efforts to improve relations with individual Western states, especially those with great potential for mutual trade and investment.

Belarus’ Deputy Foreign Minister Oleg Kravchenko spent almost a whole working week in Canada. During the visit, he held bilateral interministerial consultations, met with the Parliamentary Secretary of the Canadian Foreign Minister, representatives of the Queen’s Privy Council for Canada, with the leadership of the international affairs committees of the Houses of Parliament, held talks with the Canada Eurasia Russia Business Association and leaders of Canadian companies interested in the collaboration with Belarus.

Canada lifted economic sanctions against Belarus in 2016, but the turnover remained extremely low. In 2018, exports of Belarusian goods to Canada totalled only USD 22.3 million. Meanwhile, Canada is the 14th economy in the world with a large domestic market appealing to Belarusian manufacturers.

In addition to trade and economic interest, judging by the topics discussed at the meetings such as security in the Eastern European region, it would be safe to assume that Minsk also expressed interested in Canada’s peacekeeping activities. Recently, the Belarusian leadership reiterated the issue of peacekeepers in the Donbas and was in contact with Putin’s crony Medvedchuk on this matter.

That said, the very idea of creating and using peacekeeping forces originated in Canada during the Suez Crisis of 1956. Canadian diplomat Pearson was awarded the Nobel Peace Prize for it. In the 20th century, Canadians led peacekeeping missions six times. Along with peacekeeping operations in flashpoints, Canada plays a leading role in academic studies of conflict resolution. Many of the recommendations and approaches proposed by Canada have been incorporated in UN practice.

Ottawa has a clear interest in the situation in Eastern Europe: it sent hundreds of troops to Latvia as a “reinforced forward presence” of NATO and 200 instructors to Ukraine. Therefore, the Belarusian-Canadian synergy in the security field may have a fair promise.