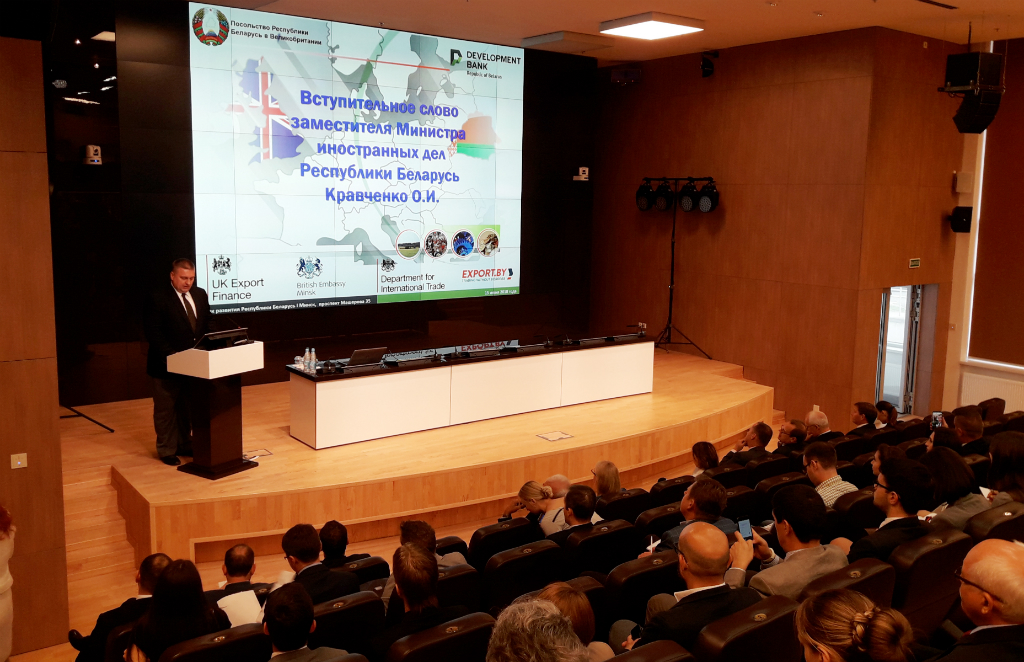 The past week was busy with foreign policy events. Minsk continues to pursue its policy aimed at building contacts and bilateral cooperation with EU member states, putting trade and economic relations in the focus.

On June 13th, the Polish delegation led by the Deputy Director of the Economic Department at the Foreign Ministry, Konrad Pawlik, who until recently represented Poland in Belarus as an ambassador, held a meeting in the Belarusian Foreign Ministry. During the meeting, the parties noted a positive dynamics in bilateral economic contacts, the growth in bilateral trade turnover and the increasing interest of Polish investors in projects in Belarus. The diplomats confirmed the need to enhance the practical impact of bilateral contacts.

On June 15th, the Belarusian-British Trade and Economic Forum opened. According to the British Ambassador to Belarus, Fiona Gibb, “British companies are beginning to show interest in the Belarusian market”. She also doubted that Brexit would have a negative impact on relations with Belarus.

On June 14th, Dănuţ Sebastian Neculăescu, the State Sectary of the Romanian Foreign Ministry visited Minsk. He held talks at the Foreign Ministry and the House of Representatives. According to him, “in recent years, Romanian-Belarusian relations have shown a good dynamics”. In 2019, Romania would chair the EU and would pay great attention to the EU Eastern partners. In addition, he said that Romania would like to “put a new brick in the foundation of EU-Belarus relations”.

The fourth round of the Trade Dialogue between the Foreign Ministry and the Directorate General of the European Commission for Trade was also held in Minsk last week. During the talks, the most sensitive issues of bilateral trade and economic cooperation were discussed, in particular, the simplification of mutual access to markets and the creation of a favourable environment for business contacts. There were no reports about any concrete outcomes of these discussions. Apparently, there has been no progress in negotiations since the last meeting of the dialogue and the Belarus-EU Coordination Group.

Despite the lack of progress in negotiations on agreements with the European Union, Minsk is slowly but consistently expanding its relations with some EU member states, finding areas of common interests and avoiding painful issues. This tactic may eventually work at the EU level when the number of EU member states which would have normalised relations with Belarus would reach a tipping point.