Belarus aspires to continue the normalisation policy, however, without making political concessions 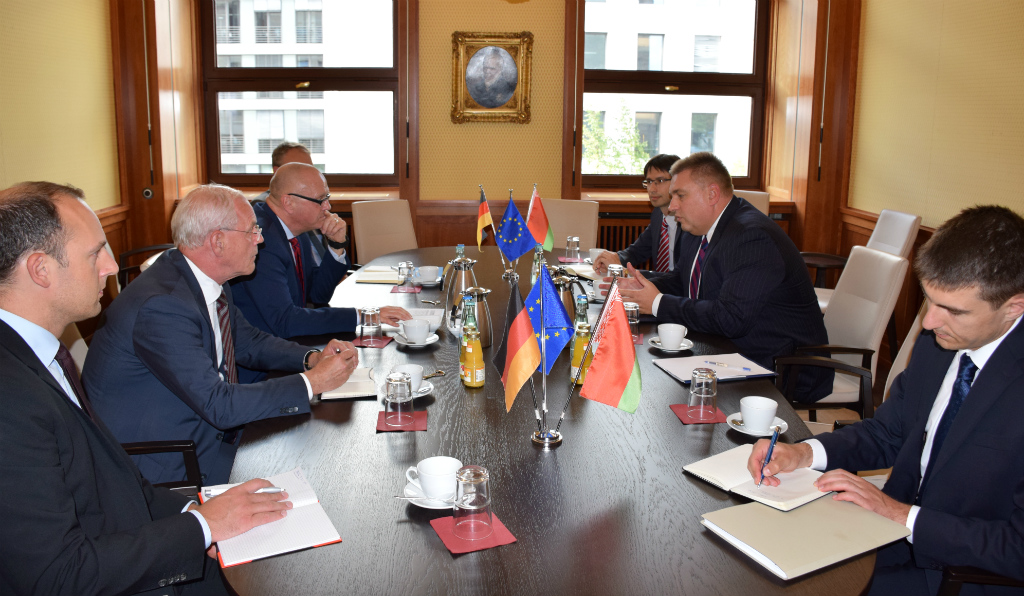 Minsk sends different signals about its desire to deepen cooperation with the West, however, it would not accept political pressure and discrimination.

Last week, Deputy Foreign Minister Oleg Kravchenko visited Germany to participate in a regular round of Belarusian-German inter-MFA consultations. Kravchenko also held meetings in the Office of the Federal Chancellor and the Federal Government of Germany. Cooperation prospects between Belarus and the German funds named after Friedrich Ebert and Koberber and the German Union of Chambers of Commerce and Industry were discussed. Traditionally, the deputy foreign minister held meetings with representatives of analytical centres. A boost in trade, economic and investment cooperation were in the focus of all aforementioned negotiations and talks. Minsk regards Germany as its main counterpart within the European Union.

Simultaneously, amid a clearly articulated desire to improve relations with the European Union, the Belarusian authorities are not ready to meet the EU political demands. In an interview with Belarus-1 TV channel, Foreign Minister Makey, while speaking about the talks on partnership priorities with the EU, reiterated, that “some countries have tried to include passages related to human rights matters having a political implication. This was unacceptable for us, we shall be guided by national interests. […] We shall not compromise the principles and give reign to some states, which attempt to put pressure on Belarus”.

Hence, the trend towards a gradual deepening of Minsk’ practical cooperation with the West persisted, focusing primarily on trade and economic matters. However, as before, such cooperation is hampered by political factors and the inertia of the sanctions.