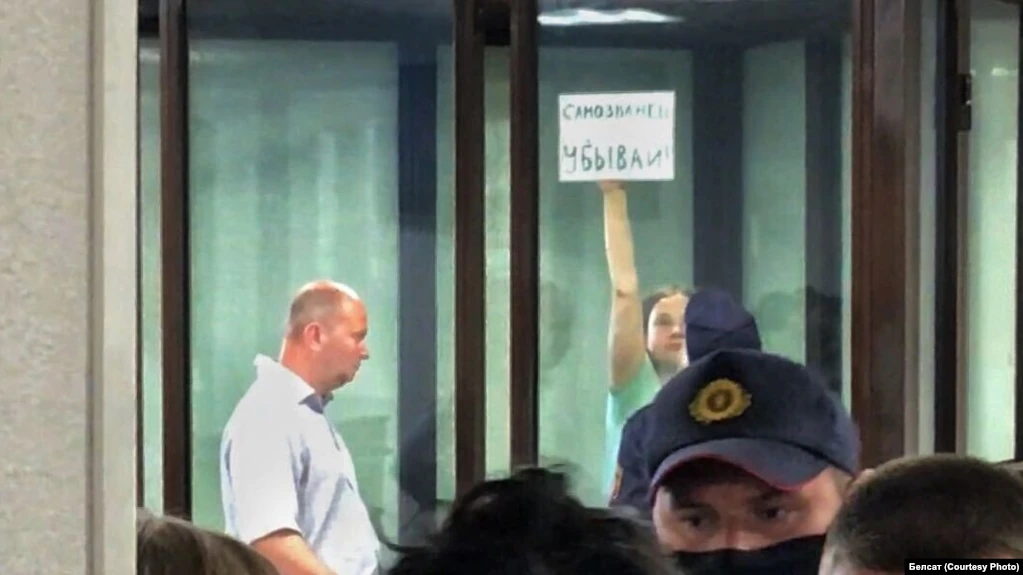 The Belarusian regime is signalling to the West that it is ready to start a new round of negotiations (on its own terms), offering traditional bargaining counters such as the release of some political prisoners. However, these signals were almost immediately counteracted by the actions of Belarusian security forces and diplomats. As expected, the West reacted sceptically to this initiative. Meanwhile, the Joint Transitional Cabinet is increasingly asserting itself, forming an agenda that Western countries are forced to reckon with.

The Belarusian regime is apparently preparing for a new round of bargaining with the West, hoping to trade political prisoners for sanctions relief. On September 6th, Lukashenka convened a meeting on amendments to the law on citizenship at which the deprivation of citizenship from those who left the country for political reasons was discussed, in addition to a possible amnesty before the Day of National Unity, which may include some who fled abroad due to repression. However, Lukashenka does not intend to release those whom he considers “bandits and extremists”. He plans to involve the “normal opposition” in the discussion of the amnesty and organize a special commission.

In practice, these overtures to the West were annulled by the actions of Belarusian security forces and diplomats. On the same day, the verdict in the case of Marfa Rabkova and anarchists was announced. Several people were detained, including the EU chargé d’affaires in Belarus Evelina Schultz. The EU mission in Belarus condemned the illegal detention and called it a gross violation of the Vienna Convention. In response, the Belarusian Foreign Ministry released Ms. Schultz, but also warned about “the consequences of provocations” and the possible ” application [by Belarus] of additional measures to the EU Delegation.”. The European Parliament immediately called for a rapid reduction in the number of Belarusian diplomats accredited in Brussels and other European capitals, and a review of its diplomatic presence in Belarus.

Sviatlana Tsikhanouskaya reacted with expected scepticism to Lukashenka’s amnesty initiative. The Lukashenka regime is talking about a possible amnesty while at the same time recruiting new hostages and discussing plans to deprive Belarusians of citizenship, in violation of the Belarusian Constitution. European diplomats hold similar views. The West’s reaction to an amnesty will depend both on the number of detainees released and further steps by Minsk.

Meanwhile, in the international arena, the Joint Transitional Cabinet (JTC) is increasingly asserting itself and, in particular, intends to expand ties with the German and French authorities. Due to the intervention of the Cabinet, Belarusians were exempted from a European visa ban applied to Russians. In addition, the Cabinet issued Resolution No. 1, “On Protecting the Independence and Sovereignty of the Republic of Belarus”, which states that Lukashenka’s government is completely dependent on Russia and contributes to Russia’s aggression against Ukraine, constituting a direct threat to the independence and sovereignty of the country.

Tsikhanouskaya also met with Oleksiy Arestovich, an adviser to the head of the Office of the President of Ukraine to discuss “synchronization of the agenda of the two countries so that a free Ukraine and a democratic Belarus speak with one voice.”. Belarusian democratic forces now have a platform to raise issues of independence and political prisoners.

Predictably, the reaction of the Belarusian authorities to the establishment of the Cabinet was to designate it as an extremist formation.

A symbolic step towards demarcation of the Lukashenka regime, perceived as a Kremlin puppet, occurred with the completion of 186 km long, 5 meter high fence along the Belarusian-Polish border. The structure was commissioned in response to the escalation of the migration crisis in 2021. It was at this point that the attack on EU countries by the Belarusian and Russian regimes was supposed to start, but thanks to the effective countermeasures of Polish border guards and the timely construction of a fence, this did not happen.

A new round of negotiations between the Belarusian regime and the West risks failing even before it begins due to the fact that expectations are set by the Belarusian democratic forces in exile (the release of all and without conditions, the way out of the war with Ukraine). Meanwhile, the Lukashenka regime is trying to play the political prisoners card, which will not work this time.