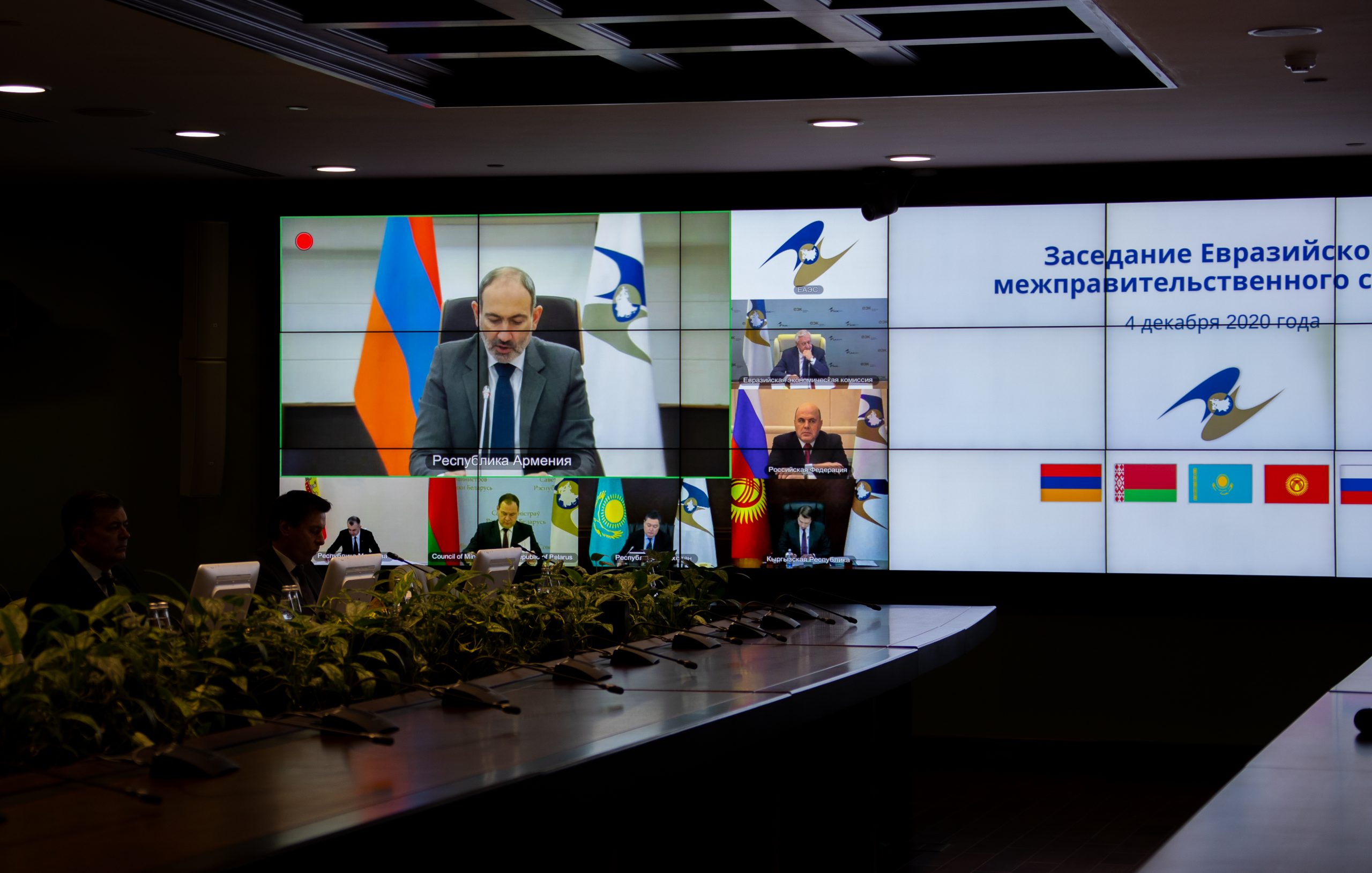 When speaking at the CSTO Summit, Putin did not feel sorry for Lukashenka’s alleged troubles with confronting NATO. On behalf of the Eurasian Economic Commission, Myasnikovich is drafting proposals to implement Eurasian Economic Union projects worth circa USD 200 billion.

Belarus is trying to reach out for Russia’s assistance through the CSTO and the Eurasian Economic Union (EAEU).

Speaking at the CSTO Summit, Lukashenka complained to Putin and other participants about the growing military threat from Poland and NATO. For now, Putin is only ready to stand in solidarity with Lukashenka when condemning the actions of Poland and NATO towards Belarus. Meanwhile, Lukashenka’s repeated appeals may result in Putin interpreting his words the Russian style and proposing to send troops to Belarus to counter NATO threats.

On December 4, the EAEU intergovernmental council meeting was held online, which did not address issues currently faced by Belarus. EEC Chairman Myasnikovich said that Belarus had submitted her proposals on the formation of a common gas market to which Russia disagreed. On December 11, EAEU Summit will be held, however, gas issues are unlikely to be resolved either.

Russia’s long-standing position on gas and other cooperation issues has not abated Belarusian officials’ wishful thinking rhetoric. Belarus has proposed that the EAEU adopted project-based activities. Apparently, Russia believes it is a great initiative: Eurasian officials have identified several five-year projects worth USD 200 billion aimed at investors and businesses, and primarily, the Russian government.