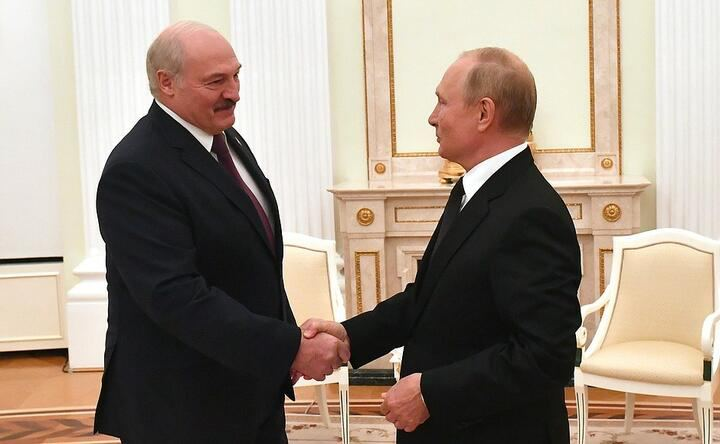 Lukashenka considers it expedient to switch from conventional to rapid import substitution. Belarus assumes the chairmanship of the CSTO during a crisis in international relations, or more specifically, a crisis within the post-Soviet space.

On November 21st, Lukashenka stated that import substitution is the most critical topic during talks with Putin. Time is of the essence: “[Even today], money is not the main criterion. Russia has nowhere [else] to go. Imports have declined, and we have very little time.” Lukashenka is therefore focused on rapid import substitution, enabling him to swiftly singe the beard of the West with insignificant investments.

Belarus assumed the chairmanship of the Collective Security Treaty Organization (CSTO) at a time Lukashenka characterised as “[a] systemic crisis in international relations” as he arrived in Yerevan for the CSTO summit. Lukashenka outlined CSTO’s immediate priorities; increasing the cohesion of the CSTO member states internally and strengthening the role and importance of the CSTO in the system of international relations externally.

In Yerevan, the Belarusian dictator showed himself to be an independent speechwriter, speaking enthusiastically about matters the Kremlin prefers to avoid:

It is obvious that Lukashenka is trying to justify material assistance from Russia by working as Putin’s press secretary – a kind of evil Peskov. His efforts bear some fruit (see the article “Minsk plans to instrumentalise the CSTO”), and Kremlin concurrence is inevitable. Kremlin spokesman Dmitry Peskov generally agreed with Lukashenka, adding that the successful completion of the special military operation in Ukraine is beyond doubt.

Do not stumble on the first step – the ancient aphorism teaches. Minsk’s chairmanship of the CSTO is off to an uneasy start. On the eve of the Yerevan summit, protests were held against Putin and Lukashenka. Armenian Prime Minister, Nikol Pashinyan, refused to sign the draft declaration of the CSTO Security Council and the draft on joint measures to assist Armenia. Meanwhile, in Kazakhstan, mass protests followed the inauguration of Kassym-Jomart Tokayev. Finally, on November 26th, almost after returning from Yerevan, the Belarusian Foreign Minister, Vladimir Makei, died suddenly and mysteriously amidst rumours about assassination attempts by the Kremlin regarding Lukashenka.

The Russian Ministry of Industry and Trade has reached appropriate agreements with Belarusian counterparts regarding lifting restrictions on the transit through Belarus of pharmaceuticals approved by the Russian register of medicines. On November 21st, it was reported that pharmaceutical manufacturers had problems with the transportation through the Belarusian territory of drugs and raw materials for their production originating in the EU, following the September changes to “Resolution Of the Republic no. 247”, which banned trucks and tractors registered in the European Union from Belarusian territory.