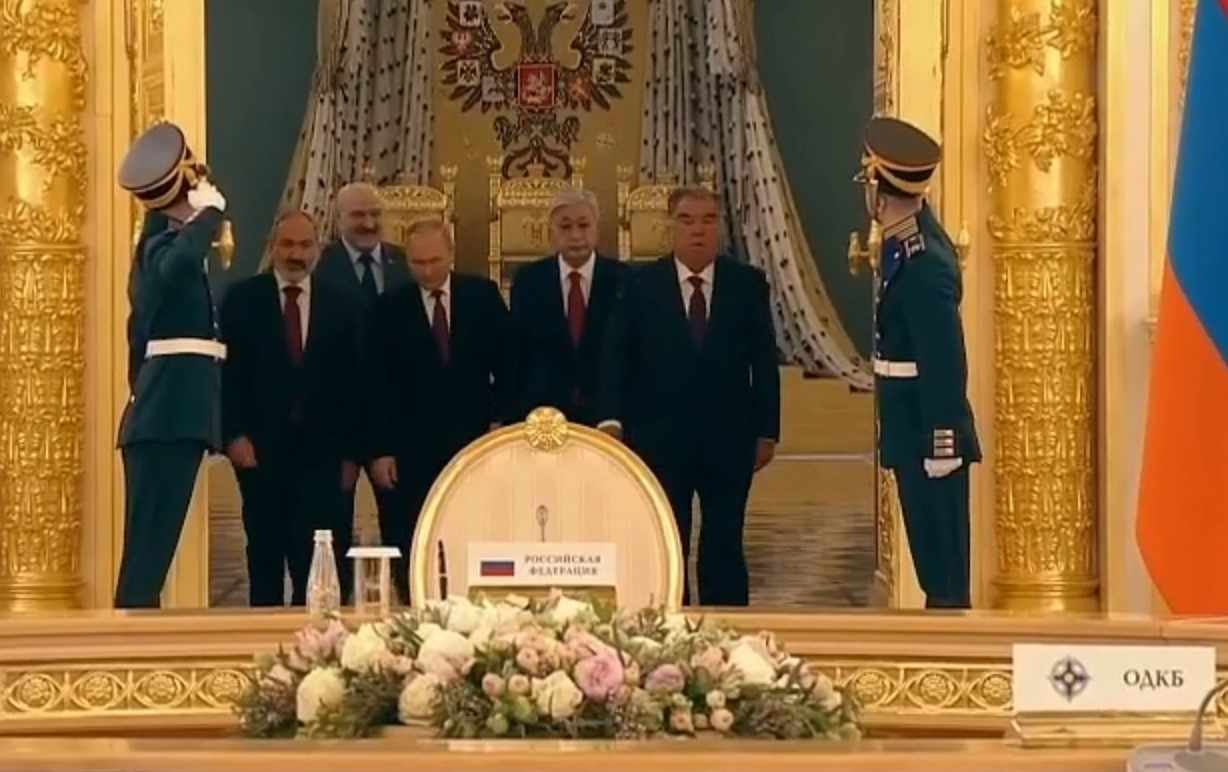 The next meeting of Lukashenka and Putin within the framework of the anniversary event of the CSTO has been announced. Minsk’s rhetoric is gaining menacing overtones in the run-up to the meeting. Lukashenka intends to acquire Russian missiles. A protocol has been signed approving the transfer of gas supplies to Belarus in Russian rubles.

On May 9th, Lukashenka and Putin held separate celebrations before plunging back into their own affairs. The bilateral relations agenda remained stark over the following days.

On May 12th, Lukashenka announced that he plans to discuss “import substitution issues” with Putin. This term is now being used to refer to “union state” integration processes. Focusing on the IT sector at a meeting with Russian Ambassador to Belarus, Boris Gryzlov, Lukashenka stated that “[we]must persuade our IT specialists to produce final products, rather than run errands for large companies”. He did not disclose what exactly is meant by the “final products” in this context.

On May 11th, State Secretary of the Security Council of Belarus Alexander Volfovich revealed the sinister plans of the United States and NATO to subjugate Russia and Belarus and transform them into raw material resources. Shortly, Volfovich predicts, the military-political situation near the western borders of the “union state” “will reach crisis point and develop in the context of the ongoing aggravation of international relations.”

The previous day at a meeting with security forces, Lukashenka promised that Russia would assist in developing and producing a Belarusian version of the Iskander missile. He also announced an agreement with Russia to leave S-400 anti-aircraft missile systems on Belarusian territory, which they will be able to “see to Berlin”. Assuming that these announcements are factual, what does Belarus offer in return? Perhaps a barter deal such as Russian missiles in exchange for Belarusian weapons of a different type, which in turn may indicate that Russia is experiencing tactical weapons shortages.

On May 11th, in Moscow, representatives of the governments of Russia and Belarus signed an agreement regarding gas supplies to Belarus paid for in Russian rubles. The agreement also covers gas prices from April to the end of this year, amendments to the agreement on pricing gas supplies and transit, and changes to the intergovernmental terms of share transactions and activities of Beltransgaz OJSC dated November 25th, 2011.

As previously reported, the draft protocols were approved by Lukashenka as a basis for negotiations. Relevant decrees No. 166 and No. 167 were signed on May 6th, 2022.