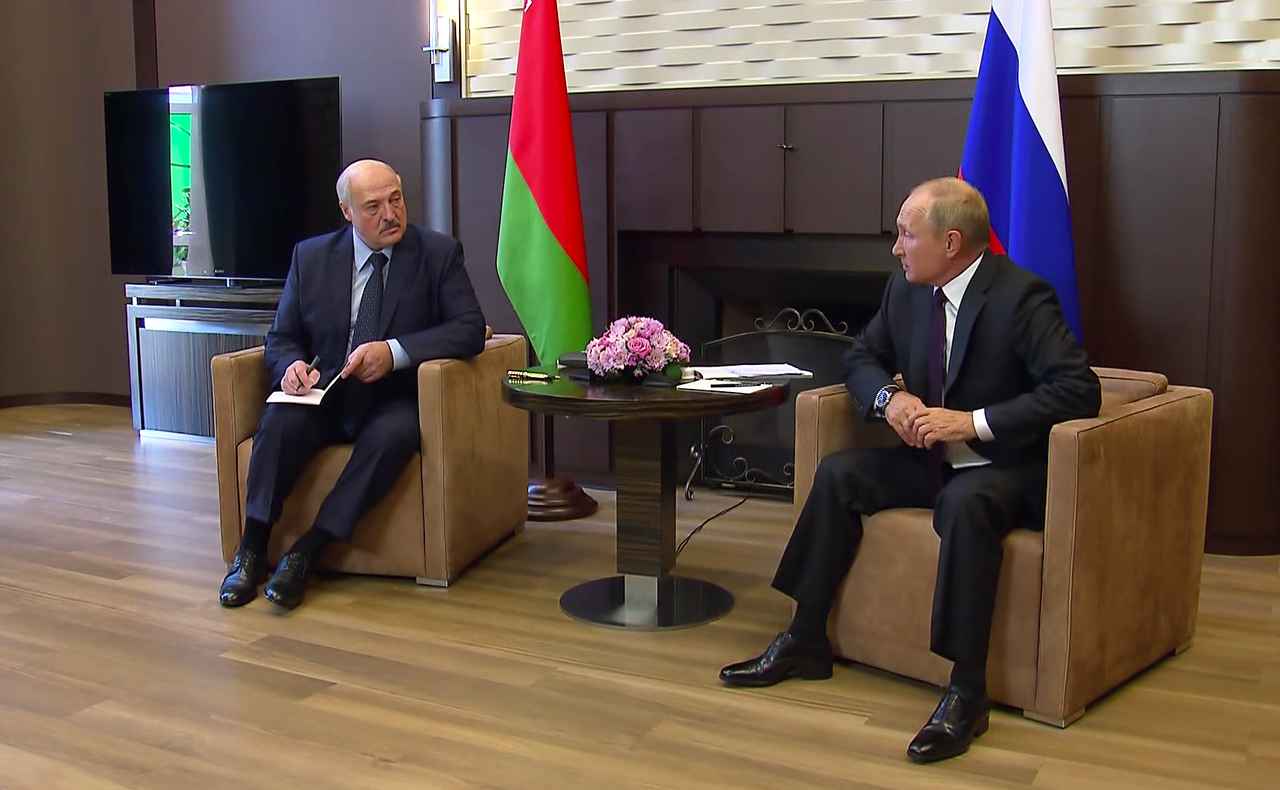 Presidents Putin and Lukashenka discussed the current situation over the telephone and subsequently announced an upcoming face-to-face meeting. Serious horse-trading is in progress as the parties pursue their independent agendas.

On August 23rd, Russian President Vladimir Putin and Alexander Lukashenka conducted a meeting over the telephone. Official media reports indicate that the conversation revolved around commonplace issues of economic integration and allied programmes that are “in a high degree of readiness” and the [Zapad|West]-2021 exercises, which will commence in September. The leaders “separately and in detail discussed the situation with NATO on the borders of Belarus, cooperation in the field of training military and special services, and interaction with the media.”

A face-to-face meeting between Putin and Lukashenka was also announced though no date has been set. Commenting on the agenda, analysts note a high degree of alignment, opacity and mystery regarding bilateral relations. Exact interpretations differ, but all observers agree that tense bargaining is underway.

In particular, analysts draw attention to the fact that the conversation took place after the meeting between President Putin and Chancellor Merkel, where the migration crisis on the western borders of Belarus was discussed.

However, this issue is far from the most critical where Belarusian/Russian bilateral relations are concerned. Bargaining involves several other topics of greater immediate significance to the parties, including:

Significant progress on these issues is not anticipated in the short term.