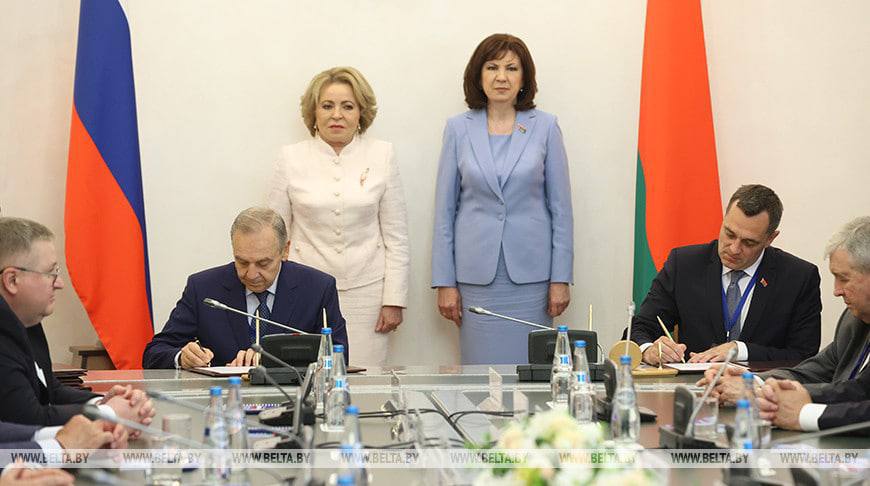 From June 30th to July 1st, the IX “Forum of the Regions of Belarus and Russia” was held in Hrodna, Belarus with the theme “The Role of Interregional Cooperation in Deepening Integration Processes within the Framework of the Union State.

Unlike the St. Petersburg International Economic Forum, this pompous event, which brought together about a thousand representatives, failed to arouse public interest.

That said, the forum was productive. In two days, contracts worth a record RUB 65 billion were concluded, according to Natalia Kachanova, Chairperson of the Council of the Republic of the National Assembly of Belarus. During the event, Belarus invited Russian regions to participate in modernising critical sectors of the economy, including agriculture, pharmaceuticals and even space exploration.

Initially, it was assumed that Putin would arrive in Hrodna and meet with Lukashenka. However, plans changed, and they restricted themselves to remote appeals to the participants to pursue joint projects and import substitution. As Putin noted, “the unprecedented political and sanctions pressure from the so-called collective West is pushing us to speed up the unification processes.”

On June 30th, a framework for coordinating foreign policy activities between the countries was announced in a joint statement by the Minister of Foreign Affairs of Belarus, Uladzimir Makei, and his Russian counterpart, Sergey Lavrov. The heads of the foreign ministries announced the creation of an iron curtain on the western borders of the Union State. They once again noted that sanctions are only a catalyst for strengthening Belarusian-Russian relations in politics and the trade and economic spheres.