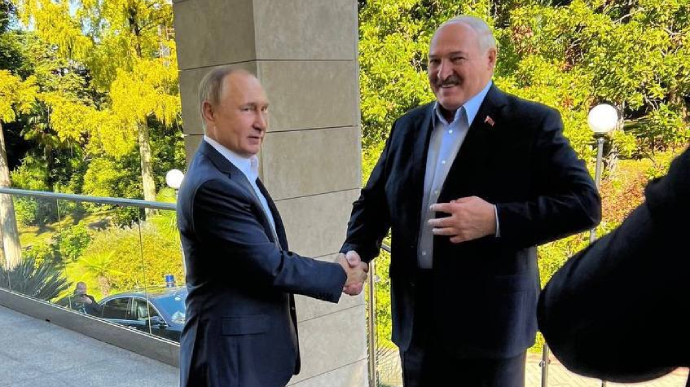 Lukashenka met with Vladimir Putin in Sochi and the head of the unrecognized Abkhazian Republic, Aslan Bzhania, in Pitsunda. Russian mobilisation and its implications for Belarus were foremost on the bilateral agenda.

On September 26th, the seventh face-to-face meeting this year of the heads of the “Union State” took place. Lukashenka spoke of a “difficult period”, and both complained that the West does not have respect for them, and Europe does not want to be friends. Whether the issue of cabotage transportation, which Lukashenka announced on the eve of the meeting with Putin was discussed is not known.

The lack of tangible results from these negotiations is offset by an abundance of conjectures and assumptions. The motives for the meeting are mentioned: various aspects of the mobilization campaign in Russia (with certain consequences for Belarus), the issue of Belarusian recognition of the annexation of captured Ukrainian territories, and the perennial matter of economic support for the “younger brother”.

On September 28th, Alexander Lukashenka arrived in Abkhazia (Pitsunda) and met with President Aslan Bzhania, thus becoming the first head of a recognized state (with the exception of Russian leaders) to visit the area since the 2008 war following Abkhazia’s declaration of independence. Only five countries, including Russia, recognised this step. Belarus was not among them. No information regarding the content of the talks has been released, though Putin’s secretary Dmitry Peskov said that the issue of Minsk’s recognition of Abkhazia was not discussed.

An analysis by the Institute for the Study of War (ISW) suggests that Belarus will not directly engage in the war against Ukraine. Data on the transfer of mobilized Russians to Belarus and the preparation of airfields indicate that Russia hopes to use Belarusian military facilities and infrastructure to train new conscripts. According to the Main Intelligence Directorate of Ukraine, 20,000 newly mobilized Russian troops will be deployed to Belarus.

Propaganda continues to extol sharply increased Russian-Belarusian trade, ignoring the causes and secondary effects of this. According to official statistics, the non-agricultural turnover of Belarus and Russia for the first 7 months of 2022 exceeded USD 22 billion.