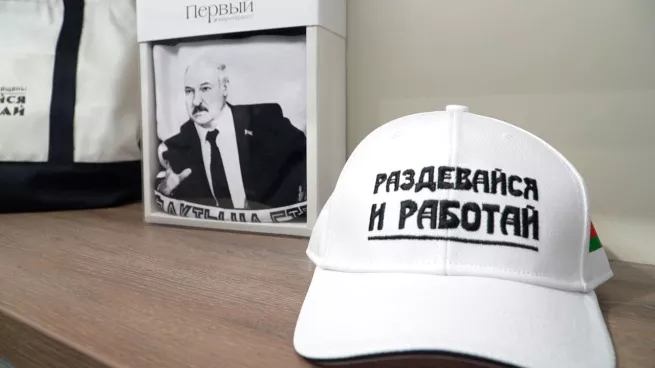 In September, an agreement is expected on the provision of a Russian loan to Minsk for import substitution. Lukashenka asks Putin to reserve some grain for him “just in case” and promotes his brand in Moscow.

The agreement between Russia and Belarus on providing Minsk with a long-awaited loan of USD 1.5 billion may be signed in September. The funds will be used to implement import-substituting projects. According to the First Deputy Prime Minister of Belarus, Mikalai Snapkou, three projects have already been identified. The first is the production of lighting equipment for automotive equipment in Rudziensk. The second relates to the manufacture of anti-lock braking (ABS) and electronic brake (EBS) systems. The third is ring rolling production, which is needed for the automotive industry, and will be undertaken by BelAZ at a facility in the Orsha district.

Lukashenka asked Putin to reserve 0.5 million tons of grain “just in case.” Even though according to official sources, Belarus expects a record harvest of 8-8.2 million tons, the nature of this contingency was not explained, “But don’t you worry,” Putin reassured his colleague (as Lukashenka tells it), we will sell a million, and at comparable prices.”  Lukashenka also noted that the country’s food security is assured; the export of agricultural products this year should amount to at least USD 7 billion.

At the end of August 2021, Belarus’s unrecognised leader received a set of T-shirts with his quotes as a birthday present. He “predicted” that the project would be further developed. A year later, the first store with souvenirs and clothes from Lukashenka opened in the pavilion “Republic of Belarus” at VDNKh in Moscow  – probably in the context of the creation and promotion of a national brand. The opening ceremony was attended by Deputy Prime Minister of the Russian Federation Alexei Overchuk, First Deputy Prime Minister of Belarus M.  Snapkou, Ambassador of the Republic to Russia D. Kruty and the head of the company “Bellegprom” T. Lugina. In the outlet, you can buy T-shirts, sweatshirts, caps, and bags with inscriptions: “The First”, “You do not give away your beloved”, “I am a dictator, it is difficult for me to understand democracy”, etc.

On August 24th, Lukashenka, a recognised accomplice of Vladimir Putin in the aggression against Ukraine, congratulated Ukrainians on Independence Day and wished them “peaceful skies, tolerance, courage, strength and success in restoring a decent life.”, Mykhailo Podolyak, an adviser to the Office of President Zelensky, called this congratulation “clownery” that will have consequences. The Ukrainian Defence Ministry that they wish “Lukashenka the same peaceful sky – and reunion with his good friends Hussein and Gaddafi.”.

Almost simultaneously with Lukashenka’s performance, the Minister of Defense of Belarus, Viktar Khrenin, during the meeting of the Defense Ministers of the Shanghai Cooperation Organization, once again declared his full support for the so-called “special operation” in Ukraine. He stressed that against military threats from the West, Belarus’ support for Russia’s actions in Ukraine and the fulfilment of its allied obligations are justified.

On August 25th, the leadership of partially recognised Abkhazia announced that the breakaway republic was ready to become a member of the Union State of the Republic of Belarus and the Russian Federation. The head of Abkhazia, Aslan Bzhania, expressed confidence that the idea of the Union State is close to the people of Abkhazia and “corresponds to national interests.” Lukashenka earlier predicted that many former Soviet republics would want to join the Belarusian-Russian “axis”, but, except for Abkhazia, there are no applications yet.