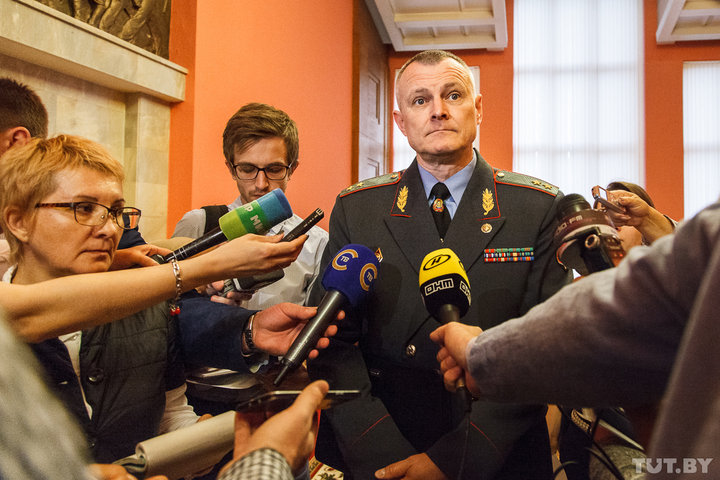 Apparently being unable to wait out, the Russian leadership aims to rush Minsk with its decision. Law enforcers promote reindustrialization, which would increase the dependence of the Belarusian economy on Russia.

On January 31st, Putin and Lukashenka agreed to meet in the near future, despite the fact that there were no urgent issues for Belarus on the bilateral agenda: most important talks were on cooperation terms after 2019. Apparently, Russia is under time pressure. Firstly, in 2019 she must agree on the terms of gas supply with the key buyers and transit states, which include not only Belarus, but also Ukraine, Poland, Slovakia and others. Secondly, there is at least one more factor.

The domestic situation in Belarus is complicated by the imbalance in decision making in favour of security forces. The National Bank held a round table with the participation of independent experts, where it warned against pumping the public sector with loans. According to some reports, there is a growing discontent with the outcome of the government’s economic policy and its main achievement, financial stability. Moreover, security forces (the Ministry of Internal Affairs, the Investigative Committee, the Prosecutor General Office and the State Control Committee) side with state directors and executives. In addition, if the government returns to its old policy of pumped growth, which inevitably leads to devaluation, the beneficiaries would include not only the mentioned above organisations, but also Russian capital as the main creditor.

The information security debriefing with the president also took the course on isolation. Measures aimed at preventing information threats – even though most of them come from Russia – are well-known to law enforcers and executives: restricting Belarusian independent media, enhancing Internet regulation and supporting state-owned media, which are dysfunctional against Russian information attacks.

The shape the anti-corruption campaign has taken is particularly disturbing. New anti-corruption cases, such as the cases of BelOMO and Vitebskmyasomolprom and others, facilitate Russian capital efforts’ in working with these enterprises to bypass sanctions.