Belarus has threatened Russia with the suspension of oil transit; negotiations on cooperation terms as of 2020 are futile 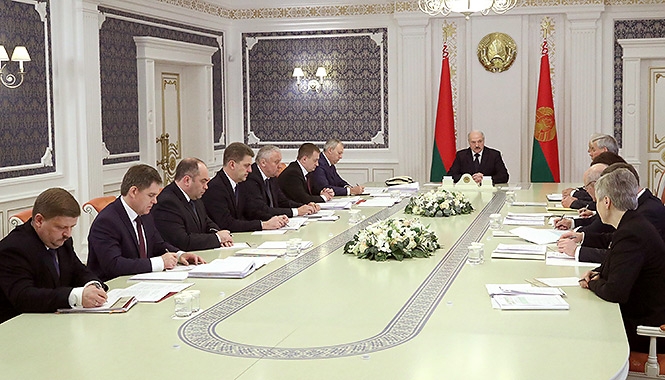 At a government meeting on April 11th, responding to further restrictions on Belarusian supplies to the Russian market, Lukashenka threatened to halt the transit of Russian oil to the EU. Such a threat is among the last resort measures Belarus has to put a dent on Russia’s bargaining position, however, chances are slim that such threats materialize.

Russia’s frequent bans on the supply of Belarusian products to Russia largely invalidated the benefits of an alliance with Russia within the Eurasian Economic Union and the Union State, as Lukashenka noted at the government meeting. He instructed to consider an upgrade of the Druzhba pipeline, disregarding the possible damage to Russia, since the latter disregarded Belarus’ interests. Following the government meeting, Deputy Prime Minister Petrishenko confirmed that there was no progress in negotiations with Russia on the terms of oil and gas supply after 2020 and did not rule out that the modernization of the Druzhba pipeline (50 years old) could cause a transit suspension. That said, in early April, Belarus notified Transneft of her intention to raise the tariff for Russian oil transit by 23%.

The transit of Russian energy to Europe through Belarus is still a strong pressure lever for Belarus in negotiations with Russia. However, the strength of this lever progressively decreases as Russia builds her offshore pipelines and redirects gas and oil exports. As of 2020, Belarus’ transit value may further decrease, and as of 2025 it may disappear altogether due to the redirection of part of Russian oil and gas exports to China. Hence, Russia’s promise of the common oil and gas market within the EAEU by 2015 is unlikely to materialize.

Theoretically, Belarus may achieve the prolongation of the supply of Russian oil and gas until 2025 on favourable terms if she joins her lobbying efforts with Russian companies, whose interests partly disagree with the interests of Russian monopolists. However, the Belarusian government system with its vertical structure hinders the success of such negotiations.