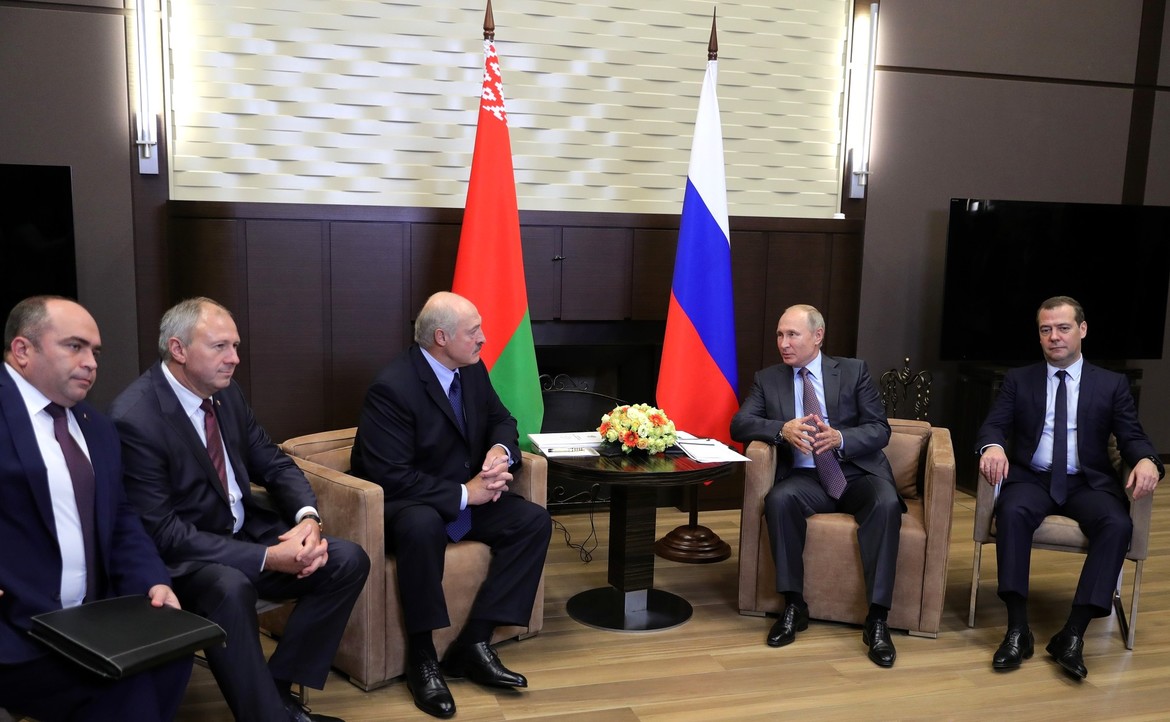 Amid numerous escalations in 2019, Belarus and Russia failed to find a compromise on bilateral trade issues. The “deeper integration” process, launched to address these issues within the harmonization of the legislative framework for economic players, led to no avail, and on the contrary, threatened to deteriorate bilateral cooperation between Belarus and Russia.

In late 2018, responding to Belarus’ demands to lower the gas price and equalize it with domestic prices and to compensate for the tax manoeuvre in the Russian oil industry, Prime Minister Medvedev exposed a conflict of interest and put forward a requirement to ensure ‘deeper integration’ before meeting Belarus’ demands. Throughout 2019, the parties unsuccessfully mapped the “roadmaps” for harmonizing economic legislation of both sates.

That said, the economies of Belarus and Russia differ a lot. Firstly, the economic policy in Belarus is directed by the state, while the Russian economy is better adapted to the global market. Secondly, the state is the major owner in Belarus, who is always ready to “restore justice” by taking away private property, assuming it was used against the public interest. Thirdly, the tax burden on private business in Belarus is much higher, as well as the state support for public enterprises. In other words, Belarus remains a high-risk state for Russian investors.

It is not that Medvedev’s so-called ultimatum had based exclusively on pragmatic considerations or that the Russian ruling class had no plans to extend Putin’s rule as the head of the Union State. However, Russia appears to be unwilling to make a serious investment in the Union State project, so even if she does have a plan in this regard, she is not making it stick, rather hit-or-miss.

Belarus, in turn, needs the Union State and the alliance with Russia to bow to the global economy as little as possible – that is, to continue to support the inefficient public sector, retain the share of employment in the public sector, and maintain bloated administration. Hence, she cannot agree with the unification of the legislative framework in the economy, given the change towards Russian capitalism as the only option, abandoning ‘Belarusian socialism’.

In addition to such conflict of interests, there were several other controversies throughout the year, including the contamination of the Russian oil in the Druzhba oil pipeline (April-September), the Belarusian authorities’ hostility towards Russian Ambassador Babich, and numerous information attacks on the Belarusian leadership by the Russia media.

All in all, the parties ended the year exactly where they started (the second year in a row), that is, having unclear prospects on the terms of trade, including gas and oil supplies; unsigned visa and border agreements, and many mutual restrictions in trade. The “deeper integration” process the government teams had been working on all year, not only failed to resolve the existing differences but also weakened Belarus’ negotiating position. She missed the moment of signing the gas supply agreement for 2020 between Gazprom and Ukraine; was unable to take advantage of Russian oil companies’ opposition to the government regarding the tax manoeuvre; and also suffered damages due to the pollution of the Druzhba oil pipeline and unable to recover them.