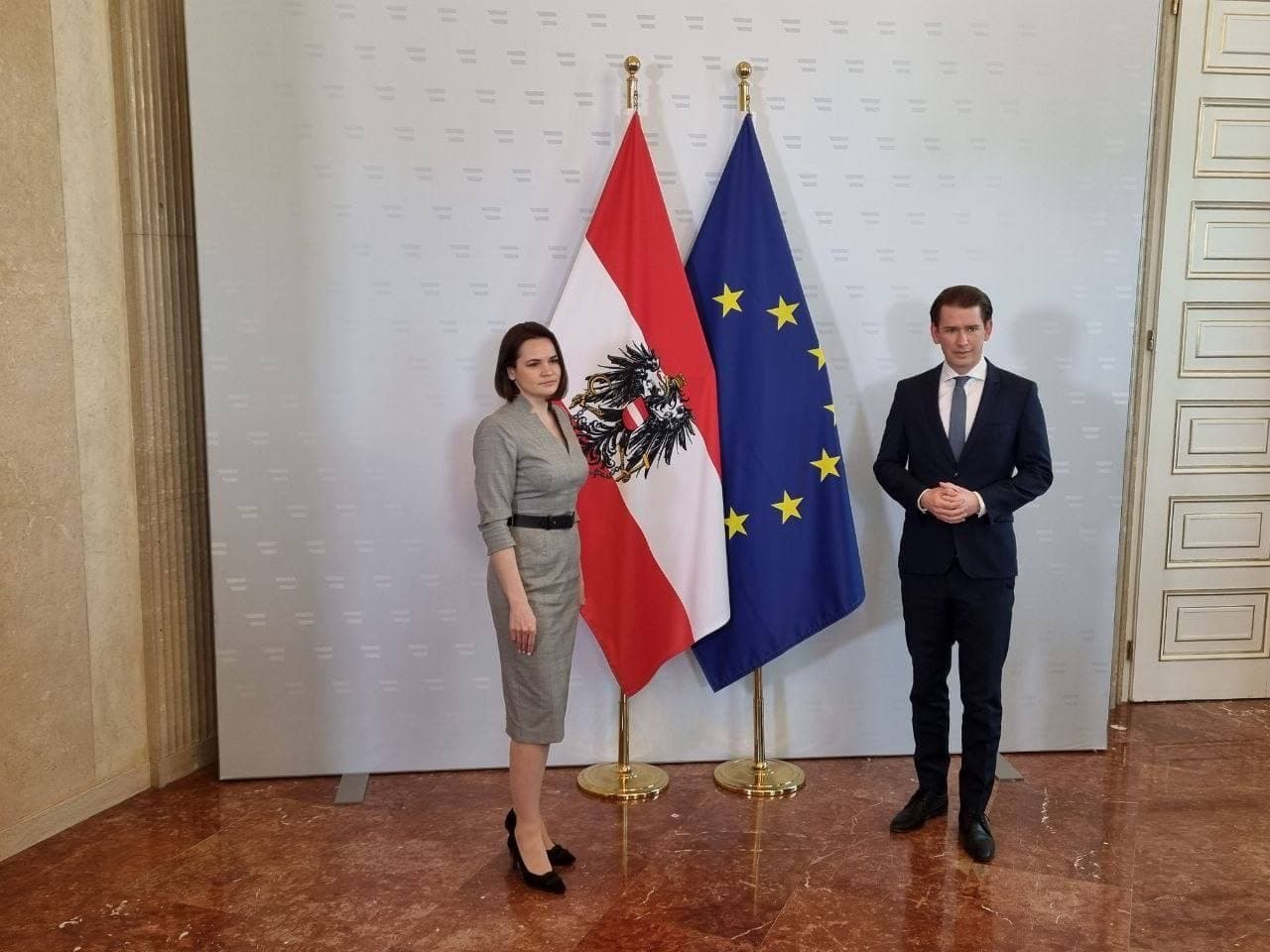 Politically motivated emigration continues to have a significant impact on relations between Minsk and Western capitals. Sviatlana Tsikahouskaya, with Austrian assistance, is trying to involve the Kremlin in negotiations on Belarus. The repressive agenda of the authorities constrain the activities of Civil Society and political organisations.

The political emigrant movement seeks to motivate Western capitals regarding initiation and mediation of negotiations with the Belarusian leadership, with Kremlin participation. Austrian authorities confirmed their readiness to mediate such talks between the Belarusian democratic forces and the ruling regime. After meeting with the leader of democratic Belarus, Sviatlana Tsikhanouskaya, the Austrian Chancellor discussed the Belarusian situation with president Putin.

Simultaneously, the National Anti-Crisis Management is lobbying for further sanctions against Minsk, and Viktar Babaryka’s headquarters is marshalling international pressure to force the Belarusian authorities to negotiate with the democratic forces. Further to this, the head of the National Anti-Crisis Managerment Pavel Latushka and activists from Viktar Babaryka’s headquarters met with Julie Fischer, U.S. Ambassador-designate to Belarus.

Political exiles are trying to put pressure on the business interests of groups close to the Belarusian leadership. Valery Tsepkala has announced an investigation into Lukashenka’s schemes.

Civil society and independent trade unions are trying to prevent the tightening of labour and ideological laws, particularly the possible prosecution of workers for dissent. Three thousand Belarusians demanded an end to dismissals for absenteeism of only a day, but the authorities are still refusing to engage with society.

The BAJ draws the attention of Partner Organisations of the Council of Europe to the security forces persecution of independent media and journalists to promote the protection of journalism and the safety of journalists.

Left-wing political parties and trade unions join forces and protest the arrest of the chairman of the Green Party, Dzmitry Kuchuk.

Mobilisation of society and associated activity is reduced due to the severe repression by the security forces, arrests, fines, dismissals and a repressive agenda in the media.