Political emigration tries to block access to IMF funds, public activity slows down due to repression 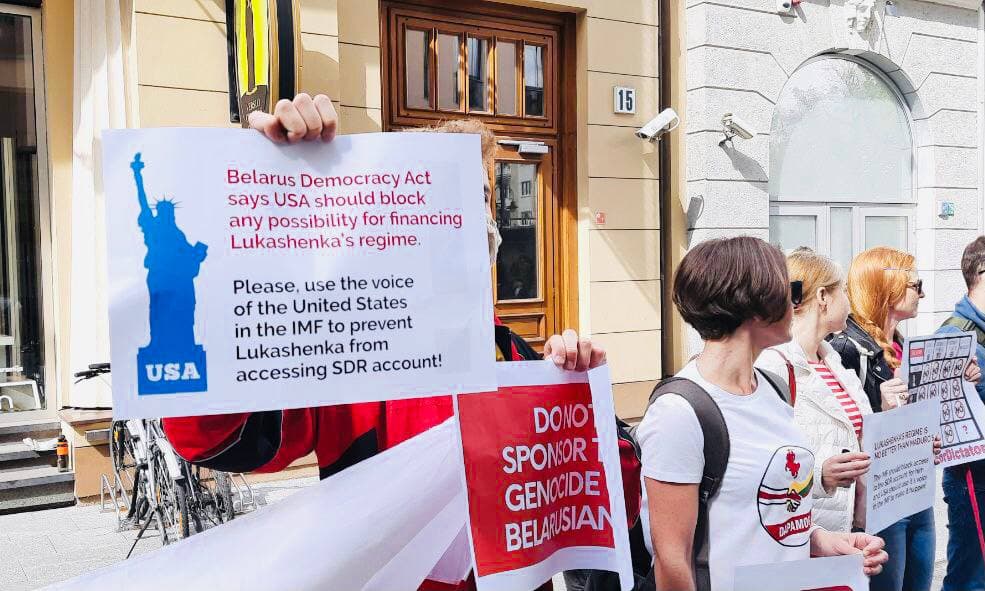 Diaspora and political exiles are enhancing pressure on the US government, the European Union and the leadership of the IMF with a request to block Minsk’s access to USD 1 billion. Political purges and mass liquidation of registered NGOs hurt social activity in Belarus, especially concerning the support of socially vulnerable groups of the population.

Democratic forces in exile increase their negotiating potential in relations with the Lukashenka regime by increasing their influence on the international agenda, including international financial institutions and sanctions mechanisms. Political exiles coordinate their activity and join efforts to promote a common democratic agenda.

Sviatlana Tsikhanouskaya sends letters to the IMF and the US Treasury and also discusses the tranche from the IMF with the President of the European Parliament, David Sassoli, during his visit to Vilnius.

NAU initiates a petition campaign with an appeal to the managing director and executive directors of the IMF, as well as senators and congressmen, the administration of the US president not to officially recognise the Lukashenka regime and to block funds. As a result, the chairman of the US Senate Foreign Relations Committee, Robert Menendez, supports the NAU campaign and sends a letter to Joe Biden.

Political emigration is offering a list of projects and initiatives aimed at mobilising advocates for change and maintaining interest in social activities to different audiences. However, society in Belarus is largely demotivated to participate in civil initiatives, including the non-political ones, being stringent by continuing repression. At least 164 non-profit organisations are in the process of liquidation, and their list is growing.

In turn, the protest movement has been significantly weakened by the emigration, criminal prosecution, arrests and indicative prison terms for the protesters of the August 2020 events.

Civil society organisations, political organisations and crowdfunding platforms in emigration focus primarily on supporting victims of repression. So, since the beginning of 2021, more than 200 families of political prisoners have received support from the Belarusian Solidarity Fund BYSOL.

Nevertheless, civil society continues to adapt to the repressive operating environment. For example, despite the attempted blocking, the Convenient City website continues to provide services for organising petition campaigns.

Thus, registered political parties await the opening of a window of opportunity for legal activity without fear of liquidation. Civil Initiatives will continue to develop online mechanisms and coordination for the delivery of services to the community.