The democratic community is outraged by the blasphemy in Kurapaty; protest actions were held in Minsk and Brest on the weekend 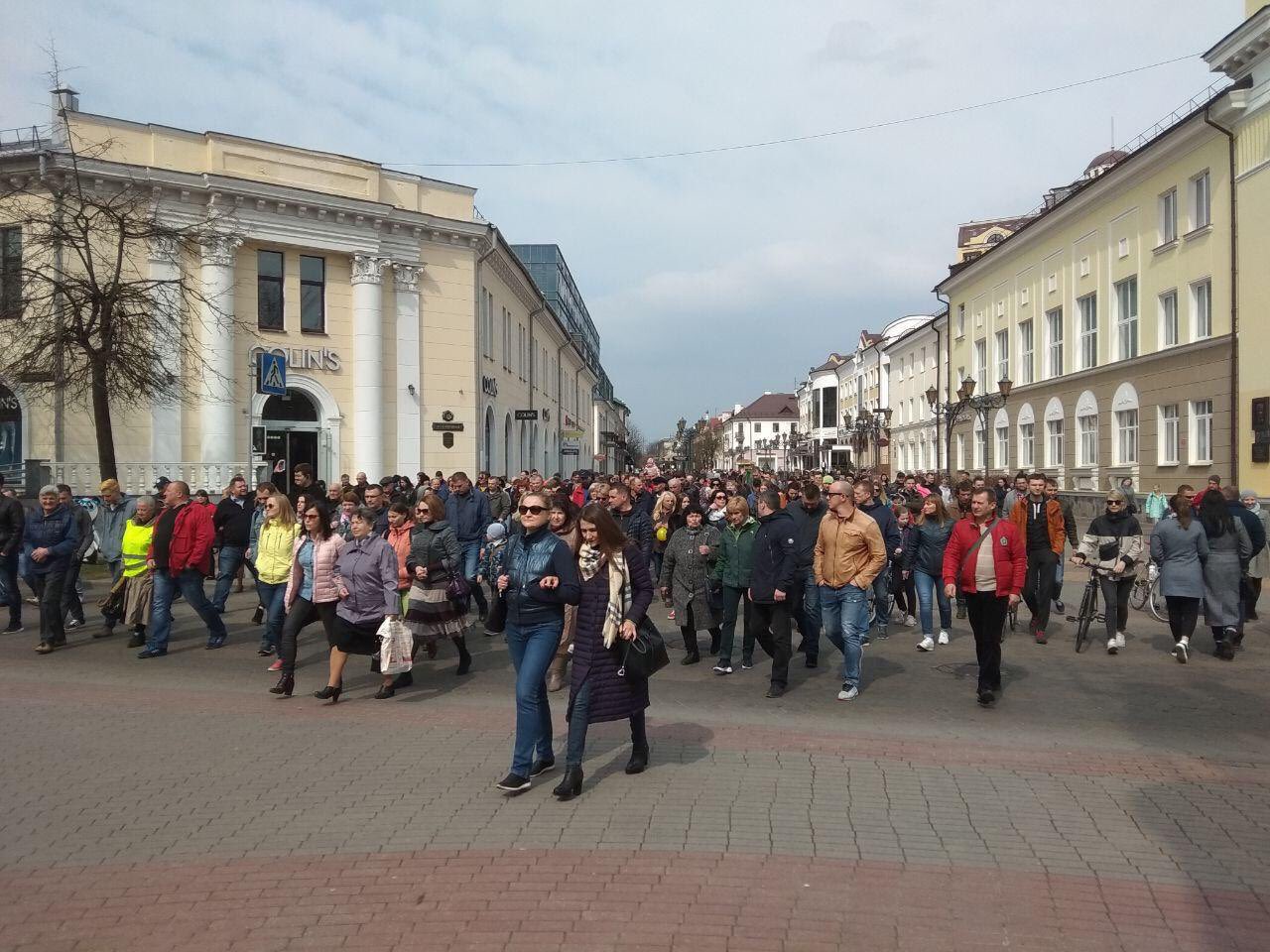 The act of vandalism in Kurapaty prompted a sharp response by civil society and the democratic forces. On April 4th in Kurapaty and on April 7th on Freedom Square in Minsk and in Kurapaty people held public prayers for the innocent victims. On April 7th, local activists held a protest action against the construction of a battery factory. Law enforcers have stepped up repressions against activists.

On April 4th, when 70 crosses were demolished in Kurapaty, law enforcers detained 15 persons who attempted to obtain information about who was carrying out the demolition and why. Later on the same day, some 200 people held a crux procession and prayed for the victims of the repressions. There were no further detentions on that evening, in addition, all those detained earlier were released.

Belarusian human rights organizations issued a joint statement urging to return the dismantled crosses to the site and to prevent further acts of vandalism in Kurapaty. All the democratic leaders, civil society representatives, some MPs, representatives of different churches and Nobel laureate Aleksievich condemned the authorities’ actions in Kurapaty.

On April 7th, opponents of the construction of a battery factory gathered in the Lenin Square in Brest (a place where they usually hold protests every Sunday despite being unauthorized by local authorities). In Brest, law enforcers regularly detain protesting activists and have launched criminal proceedings against activist Mazko.

In addition to detentions for protest activity, the authorities are putting pressure on civic activists for other reasons. For instance, the BCD leader, Rymashevsky, and his brother were summoned for questioning by the Investigative Committee; leader of the independent trade union Fedynych was detained, and charges against anarchist Polienko were not dropped.