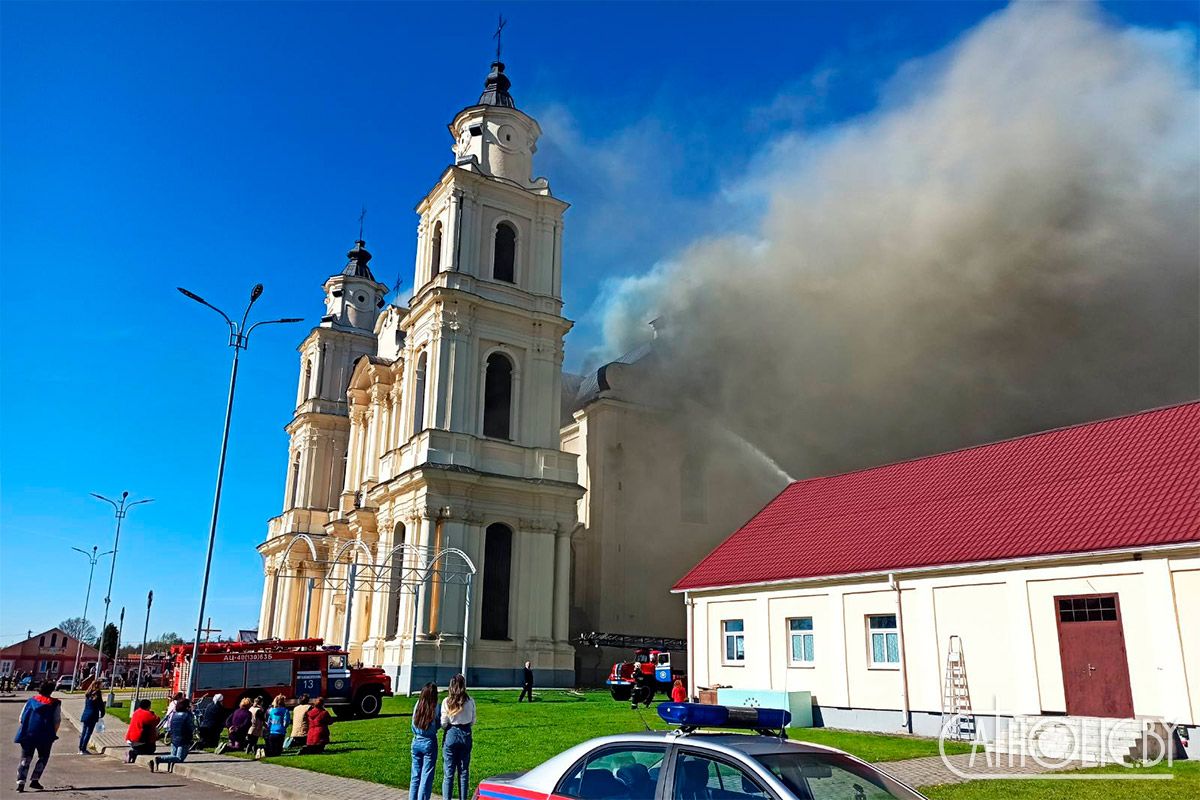 Civil Society and solidarity funds continue to respond quickly to situations arising in Belarus and announce an urgent fundraiser for the restoration of the fire-damaged Catholic Church in Budslau. Leader of democratic Belarus, Sviatlana Tsikhanouskaya, promotes the civil agenda in Western capitals and visits Greece.

Civil Society organisations continue to intervene in matters otherwise associated with the state, precipitating a scathing backlash from Lukashenka. Following the fire in the Budslau church, the BYSOL Solidarity Fund launched an urgent fundraiser to support restoration. Belarusians and private business actively responded to the call and donated BYN 170,000 in 48 hours. The head of state was forced to urgently respond to this initiative by launching a state-backed restoration project.

Activists and journalists are mobilising in support of political prisoners and attending trials of opposition politicians, despite mass repression and detentions.

Tsikhanouskaya’s headquarters continues to attract new talent and strengthens its personnel. Siarhei Zikratski, a lawyer who left for Vilnius after his license to practice in Belarus was revoked, has been appointed as a legal representative. Meanwhile, Tsikhanouskaya herself is visiting Greece, meeting with the President and Prime Minister, and the Prime Minister of Northern Macedonia.

Political exiles continue to promote the sanctions agenda in Western capitals while the Belarusian regime attempts to mobilise public sector workers to sign a petition against sanctions.

The human rights community calls for an end to political repression and issues a joint statement regarding violations of procedure and the rights of the accused and their supporters in politically motivated criminal cases.

“Schod” [Assembly|Gathering] delegates are attempting to initiate dialogue with the Belarusian regime and also hold public meetings with representatives of the headquarters of Sviatlana Tsikhanouskaya.

Overall, political exiles and the diaspora continue to innovate initiatives and shape the Belarusian social agenda.