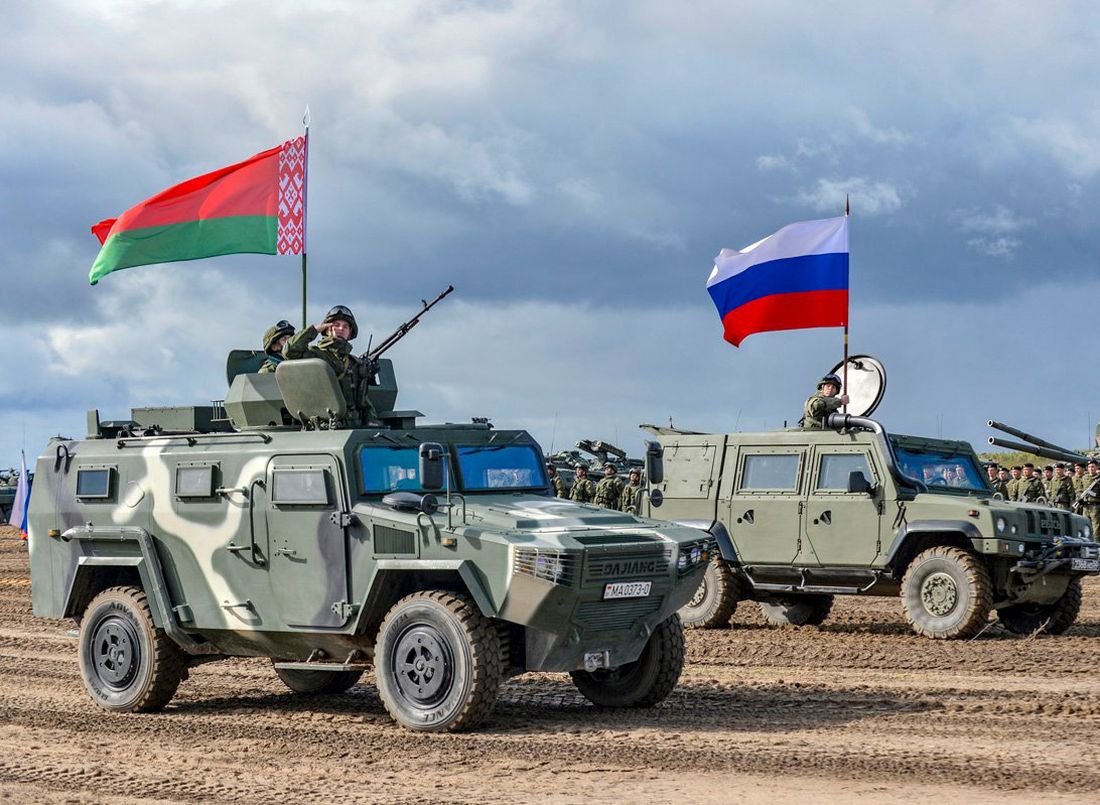 Defiant solidarity with the Kremlin in the military sphere causes the Belarusian regime to lose significant autonomy and independence as seen by external actors.

Events related to the West-2021 exercise will have long-lasting consequences for the international status of the Belarusian regime. Statements by Belarusian generals about the destructive role of the “collective West” (a Russian propaganda cliché) and the deepening of the military alliance with Russia are accompanied by a change in the media rhetoric of the Belarusian Ministry of Defense, which is becoming grotesquely Russophile. Concurrent silence regarding Russian statements that 200k servicemen will take part in the exercise (in reality, this figure may be much lower) is taken as tacit agreement by Minsk with Russian claims.

The Belarusian-Russian Joint Training Center of the Air Force and Air Defense Forces, located in the West of Belarus, has moved beyond training to combat operations. This constitutes a de facto Russian military base, commencing operations against a backdrop of ongoing anti-Western and anti-Ukrainian hysteria from Belarusian civil officials and propagandists.

These Belarusian actions and statements leave the EU, the United States and Ukraine with no option but to consider the Belarusian regime critically dependent on the Kremlin in military security (regardless of the actual level of such dependence) and the Belarusian army as an integral component of the Russian military machine.

Minsk must have understood how these actions and statements would be perceived by the West and Ukraine, but the necessity of resolving other significant issues in Belarusian-Russian relations forced the Belarusian regime to sacrifice military autonomy (or at least its external appearance) to the Kremlin. In all probability, this sacrifice is considered temporary and can be walked back if the foreign policy situation changes.

The problem is that other regional actors may perceive this as a final state, depriving the Belarusian regime of the ability to significantly influence regional policy.