A high-level update in Belarusian-Ukrainian relations 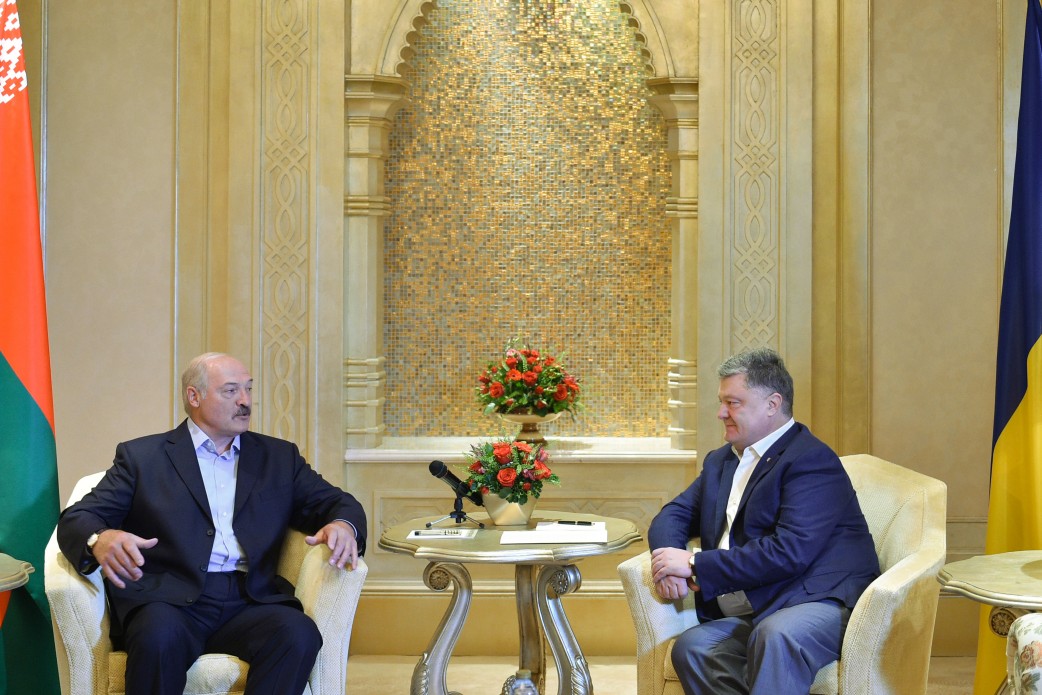 Belarus is interested in partnership with Ukraine on various matters, including security. This is evidenced by the reserved response of Minsk to Kyiv’s earlier statements, which casted doubt on Minsk’s independence in national security and defence matters. A positive dynamics in relations with Ukraine is a precondition for the stability and security in Belarus.

On November 2nd, 2017, during his visit to the United Arab Emirates, Ukrainian President Poroshenko met with President Lukashenko, who was there too. In addition to protocol statements about satisfaction with mutual cooperation, the presidents discussed cooperation in the security field. Thus, the parties highlighted the resumption of the work of the bilateral commission for demarcating the Belarusian-Ukrainian border. It is noteworthy that previously, the fact that the commission had suspended its work was not disclosed, as well as the reasons behind it.

Belarus has once again confirmed her previously assumed commitments vis-à-vis Ukraine in the security field: that Belarus had never and would never threaten Ukraine.

The fact that Presidents Poroshenko and Lukashenka met in the third state implies there are some urgent issues in bilateral relations requiring immediate attention at the highest level. For obvious reasons, security issues concern Ukraine the most. In this regard, claims against Belarus from the Ukrainian military and political leadership have threatened to draw Kiev and Minsk into a spiral of harsh mutual accusations. Only direct interference of the presidents could reverse the situation. The meeting between Lukashenka and Poroshenko in the UAE is likely to have a stabilizing effect on bilateral relations in the security field. However, duration of this trend is an open issue. The parties still have different political agendas and expect more from each other than they are willing to offer.