Belarusian-Serbian military cooperation is on the rise 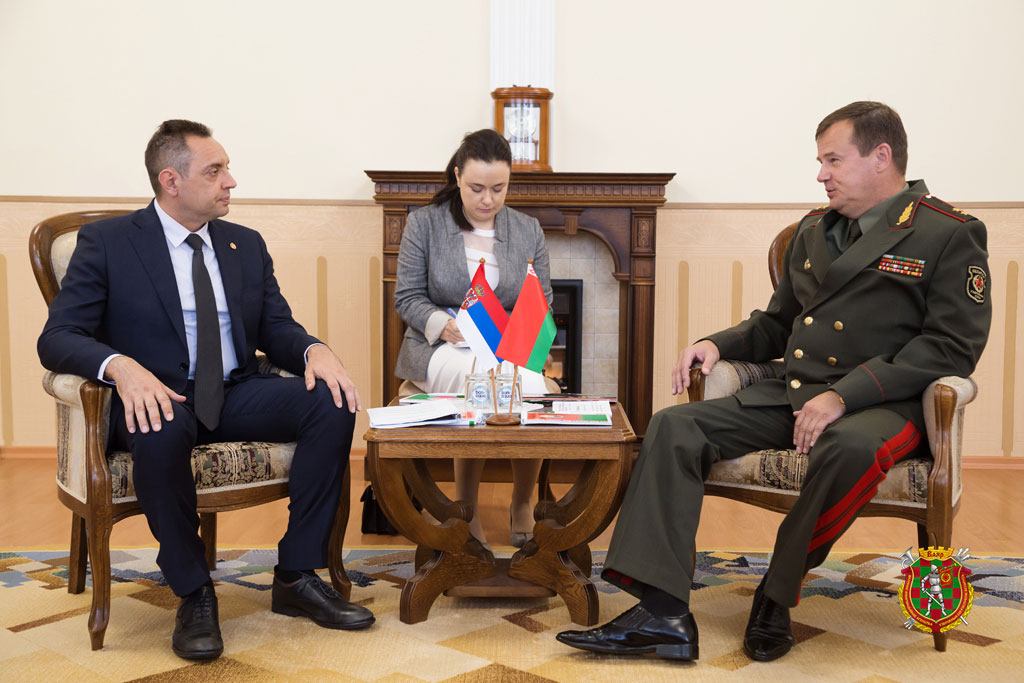 Belarus and Serbia regard one another as important partners on security matters and in international politics. In addition, good personal relations between the two leaders facilitate the development of the Belarusian-Serbian relations.

On August 12th, 2018, the Serbian Embassy in Belarus held an opening reception for the newly established defence attaché. The event was attended by Serbian Defence Minister Aleksandar Vulin. The parties emphasised the importance of bilateral cooperation between Belarus and Serbia on various matters, including the military sphere. Belgrade is grateful to Minsk for its support on Kosovo issues.

Belarus already uses Serbian experience in tactical medicine in training her servicemen. In addition, Belgrade is a notable partner for the Belarusian military-industrial complex (details of cooperation have not been disclosed). Belarus has named Serbia among the states, whose experience was used when developing domestic missile weapons. Minister Vulin also said that Belarus was implementing an agreement on the transfer of four MiG-29 fighters to Serbia. However, it was not clear, whether these planes were being transferred or were only planned to be transferred in the future.

Belarusian-Serbian relations have a long history. Minsk provided political support to Belgrade during the NATO bombing of Yugoslavia. Both countries are looking for new partners in the security field. Given that for political reasons, both states are having difficulty in acquiring such partners in Europe, their interest in bilateral cooperation is significant. In addition, the military-industrial complexes of Belarus and Serbia are complementary. Hence, Belarus and Serbia have political and pragmatic grounds for developing relations in the security field.