Developing human capital and reducing the inefficiencies of state control 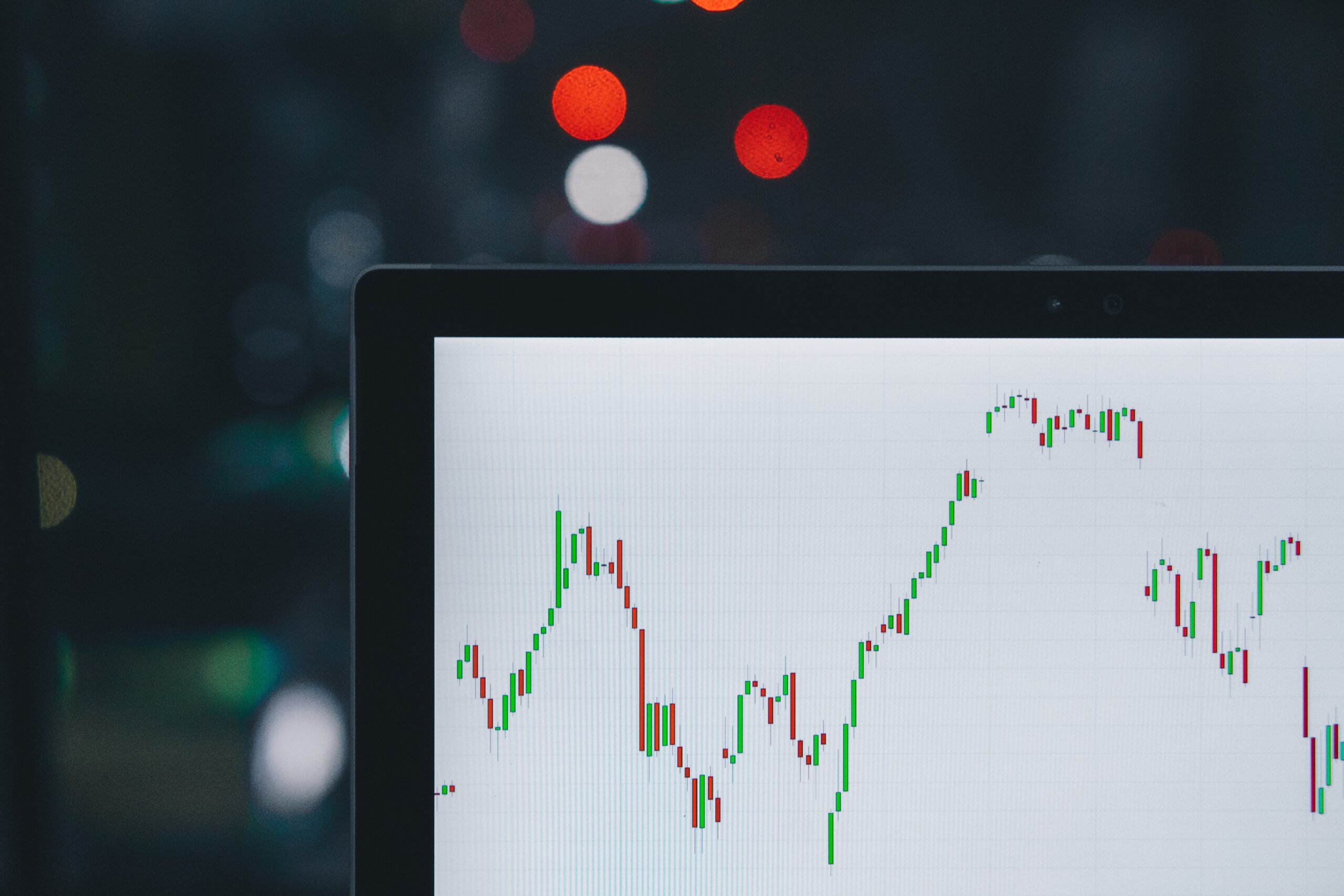 “Dialogue about the Future” is a series of discussions with leading thinkers regarding the future of Belarus and transformative steps that can be taken today. The dialogue on the future of the economy was attended by:

The organizers and were:

Fears instead of hopes

The most significant damage inflicted on the Belarusian economy by the events of the past year is the erosion of trust. Kateryna Bornukova notes that “Neither people nor business look to the future with hope”. This means both a decrease in investment and slower growth in consumption relative to incomes, which could cut overall economic growth in half. Tatsiana Marinich agrees that business confidence is low in private enterprises of all sizes.

Sanctions and the end of the export boom

Aleś Alachnovič points out that the Belarusian economy grew by 3% over eight months in 2021 grew by 3%, but this was purely due to exports. Domestic demand continues to decline. However, export growth was driven by cyclical pricing fluctuations in commodities markets for petroleum products, agrochemicals, and wood, rather than by increasing volumes of trade. Kateryna Bornukova predicts that as world prices stabilize, sanctions take effect, and futures contracts for potash expire, the progress made during the export boom will reverse during winter 2021 to spring 2022.

Tatsiana Marinich is sure that if current conditions continue, businesses will continue to relocate outside Belarus, leading to an outflow of the people who are able to create new businesses. “If they do business in Belarus, they can do it in any country,”. According to Imaguru, more than 20,000 IT specialists have already left the country, including 58% of start-up founders. Those who remain do so because of logistical obstacles ranging from family ties to finance, rather than because of confidence in Belarus’ economic future. Interest in business development abroad will continue to grow, as well as demand for relocation services. Based on forecasts from the World Bank, Aleś Alachnovič believes that if the Belarusian economy grows, as predicted, by 0.6% over three years, then the equivalent statistic for Poland will be around 14%.

Tax increases and a hostile attitude to business

“The era of private sector liberalization is over,” says Kateryna Bornukova. In the new age of hostility to business, those entrepreneurs who do not leave entirely will suspend investment and pay less attention to development. Tatsiana Marinich is certain that “By killing the IT sector, the Belarusian regime has deprived itself of its future”. The IT sector has historically grown at double digit rates compared to the sclerotic pace of the Belarusian economy as a whole. These developments helped to reduce social inequality by creating new jobs and stimulating the wider economy with the income of IT specialists.

Kateryna Bornukova notes that the business community is now threatened with higher taxes, the primary burden of which will ultimately fall on consumers. The export-oriented IT industry may be less directly affected but reneging on the promise of 50 years of tax stability for the High Technology Park will further undermine trust, predicts Tatsiana Marinich. Meanwhile, Aleś Alachnovič draws attention to simultaneous plans reduce social support. Proposals include reducing maternity leave by a third, an increase in the retirement age, and a tax on the first step of the property ladder. Besides a purely fiscal motivation, Aleś sees in this a desire to punish individual entrepreneurs and IT specialists for unwelcome civic activity.

A new system of social support

Kateryna Bornukova believes that before starting to rebuild the economy, it is necessary to first rationalise the social security system, including support for the unemployed, subsidised housing, and community services. Unlike the present system where people with large apartments eventually receive more subsidies, any reform should be efficiently progressive. Some unpopular measures are inevitable, but it is important that they be strategically justified. For example, raising the retirement age should be accompanied by the introduction of a funded pension system.

Tatsiana Marinich believes It is necessary to minimize the role of the state in the administration of the economy. Currently, there is excessive interference both at macro and micro economic levels. Kateryna Bornukova agrees and regards the inefficient presence of the state as the biggest problem for the economy, not only in business, but also in education, healthcare, and the research and development sector.

Even if there are coherent arguments for a state presence in industrial giants, “there are no good reasons for a shoe or confectionery factory to be state-run.” Aleś Alachnovič agrees. It is possible to conduct a transparent, open, privatization of small enterprises; the state does not need canteens and hairdressers. The hundreds of large state enterprises can also be restructured to survive open competition by highly qualified and highly paid managers.

Tatsiana Marinich believes that Belarus can drive growth and make a name for itself in the knowledge economy by the development of human capital and supporting the talented. “The goal of the new economy is not to directly increase GDP, but to expand the development opportunities for each person.” Accordingly, Aleś Alachnovič believes that the state should focus on financing such things as education and medicine, including private hospitals and universities. It is necessary to reform taxes to incentivise young people not to leave and older people to defer retirement and grow their pension savings.

Kateryna Bornukova cites the example of Israel, where everything, from the education system to the army, is aimed at developing initiative, self-belief, and civic cooperation. It is common for comrades to leave the military and found a business, which is fundamentally incompatible with in service hazing and suppressing the initiative of students. Tatsiana Marinich refers to Estonia, where the entrepreneurial development and financial literacy begins in kindergarten; children play at being in business.

However, the main breeding ground for start-ups is not the army or kindergartens, it is university campuses. In the New Belarus, it will be necessary to develop business education cooperation with leading universities, retrain the labour force, and develop infrastructure for lifelong learning, from online projects to university courses. For example, Imaguru is launching a pilot entrepreneurship program with YSU.

Aleś Alachnovič considers it essential to reform tax administration and introduce a temporary moratorium on business inspections. Tatsiana Marinich supports these measures and calls for changes in tax structure and administration, simplifying regulatory procedures. The example of the HTP shows that in such conditions there are excellent opportunities for the emergence of new businesses and the growth of existing ones. However, initiatives like the HTP should not perform management functions. The roadmap for the development of innovative business developed by Imaguru involves the creation of funds and hubs throughout the country, with financial and non-financial support for start-ups.

As mentioned previously, Estonia is a good example of how a state should build digital infrastructure for the people. When databases are integrated, services are easily accessible, and people do not have to shuttle between government offices with reams of paper. Belarus can build on this experience and build a decentralized digital society with e-democracy. In such a society, Tatsiana Marinich sees “the role of the state not as a censor and controller, but as a platform for the provision of services.”

Why it won’t be like in the 1990s, and how to finance reform

Aleś Alachnovič believes Belarus is the best prepared of all post-Soviet countries for structural reforms. We will be almost the last to do this, and we have examples to learn from (both good and bad). Reformers from neighbouring countries can be asked to advise us. Unlike the 1990s, 50% of the Belarusian economy is generated by the private sector, and many Belarusians have studied or worked abroad. Many reform plans have already been prepared by BEROC, IPM, CASE Belarus, the Bank of Ideas and the Belarusian Association of Research Centres.

Kateryna Bornukova stresses that “the reforms that we need today are not the reforms that we experienced in the 1990s,”. We already have a dynamic private sector. Reforms must be aimed at infrastructure to support entrepreneurship, create a financial market, and develop competitive neutrality of all forms of ownership.

In Aleś Alachnovič’s opinion, financing reform is only a question of efficient budget management and appropriate distribution of state spending. He cites the already announced EU economic support plan for democratic Belarus (3 billion euros, 6% of Belarus’ GDP), as well as the Eastern Partnership support initiative, in which Belarus is currently the least active of all participants. Belarus will also benefit from a reduced external debt burden since a new government without Lukashenka would command a better credit rating and therefore lower debt refinancing rates. Expenditure can be reduced by ceasing to maintain an army of ideologues, while the launch of local self-government will enable the people to determine what infrastructure they need. The state will not be able to siphon funds away to build ice palaces.

The New Belarus: How Economists Imagine It

Kateryna Bornukova: Parents no longer think about what foreign language their teenage child needs to learn in order to leave. There are opportunities to develop professionally at home. There is no domestic idiocy at every turn, and dream jobs exist in more than one industry.

Tatsiana Marinich: In a café you can hear different languages – Belarusian, Russian, and foreign languages. New ideas are discussed by people with different backgrounds, experiences, languages, and mentalities. Belarus is integrated into the global community.

Aleś Alachnovič: A normal democratic country, where laws apply equally to all. People know that the state will support them in times of crises, such as the pandemic. Thanks to remote work and e-government, people can be comfortable in the regions. Men have stopped dying in such numbers before retirement age. Belarus is protected not by American or Russian military bases, but like Switzerland – by integration into international business. BSU students go on exchange to Harvard or Stanford, and then can return home to work in government agencies or run their own business.

Read more
Russia: progress towards the resolution of conflicts and preparations for the EEU Summit and the Supreme State Council meeting, and a focus on pragmatic cooperation The Belarusian crisis remains on the agenda of the West; new sanctions are on the way Senior administration officials remain loyal to Lukashenka; however, unity is fraying, and cracks are appearing in the edifice of power
You have been successfully subscribed