COVID-19 in Belarus: the public response 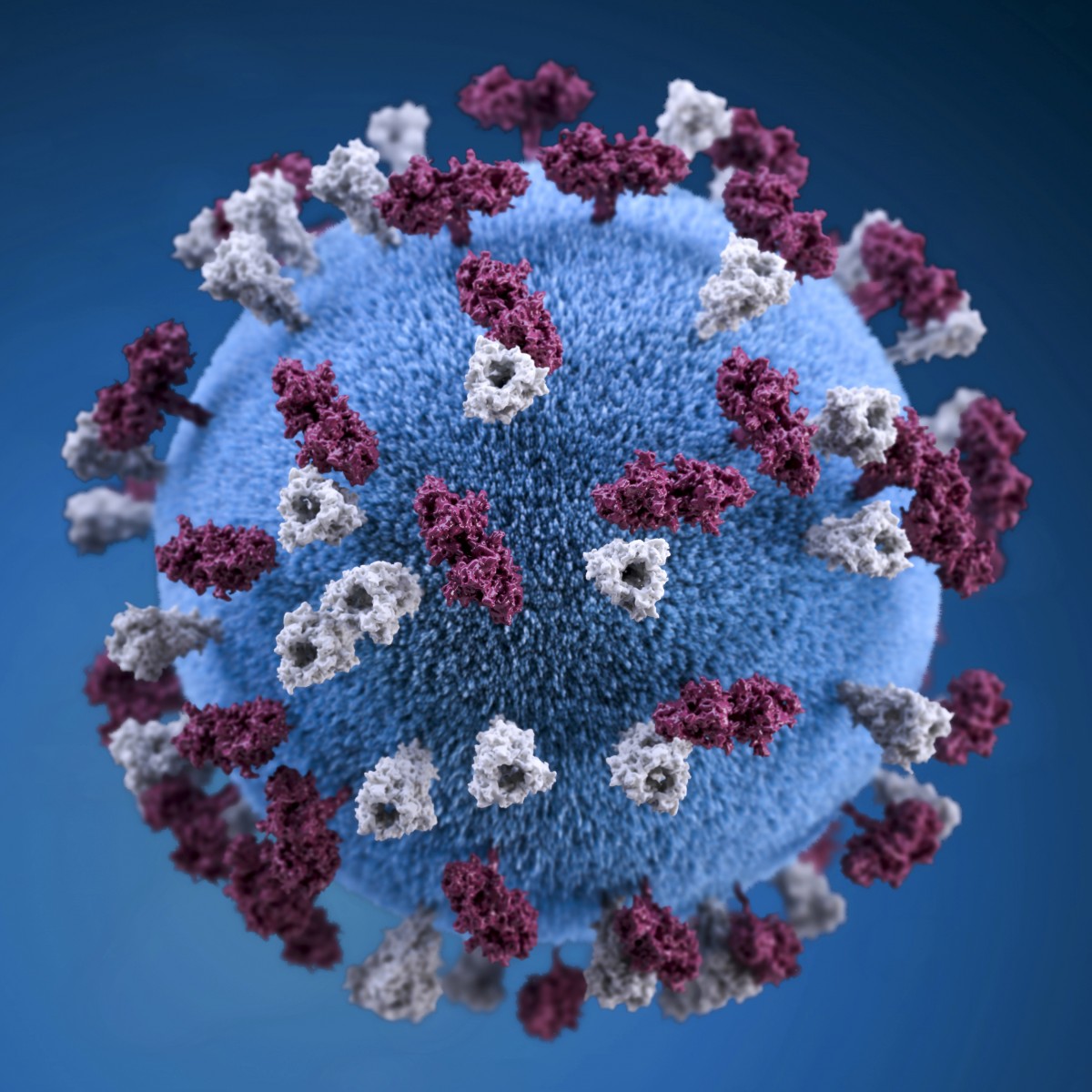 After the pandemic: solidarity, politics, and atomization

On May 13, 2020, Press Club Belarus, the website of Belarus’ expert community Our Opinion, the Belarusian Institute for Strategic Studies (BISS) and Belarus in Focus weekly analytical monitoring held an online meeting of the Expert and Analytical Club to discuss the response of the Belarusian society to the coronavirus pandemic.

The main speakers were the sociologists and activists:

The representatives of the diplomatic corps, media managers, and analysts such as Tatyana Chulitskaya, Olga Dryndova, Piotr Rudkouski, and others also took part in the meeting.

The participants discussed the following questions: 1) How does the Belarusian society assess the threat of coronavirus and the behavior of the authorities? What are the actions Belarusians ready for – and what do they expect from each other? 2) How did civil society react to the epidemic? What is the potential for public solidarity and what impact will the volunteer initiative to help doctors have on civic engagement in the future? 3) What long-term changes in the Belarusian society – both positive and negative – can the coronavirus epidemic lead to?

Philipp Bikanau and Yauheni Krasnianski presented the main results of the sociological study “How do Belarusians Respond to the Coronavirus” created by SATIO and BEROC.

Almost half (46%) of Belarusians believe that the economy will not recover even in a year, and they expect a long recession. According to Yauheni Krasnianski, such expectations will only worsen the situation of the businesses, effectively freezing the consumer demand.

A tough curfew remains the most unpopular measure of all possible reactions (only 17% of Belarusians advocate for its introduction), but the inaction is even less popular (3%). Only 24% support the formation of collective immunity (Swedish and Belarusian model), and 65% favor the maximum restriction of social contacts. 52% support the quarantine in all the educational institutions, 49% support forcing the employers to introduce remote work where possible, and 38% support closing the borders.

The support for the quarantine among the young people of under 24 years old is twice as high as the average for Belarus (34% versus 17%). Philipp Bikanau sees a correlation here with the fact that the same age group consumes information from Telegram channels more than others.

Yauheni Krasnianski emphasized some interesting changes in the habits of the Belarusians during the epidemic, which could potentially even improve their health: “Many people began to eat and cook at home a healthier food, started to refuse snacks and other junk food. People who exercised in gyms ceased to do so, but those who exercised outdoors began to do it more.”

Andrej Stryzhak, while commenting on the data of the SATIO poll, according to which only 6% of Belarusians personally became volunteers or sponsors, notes the following: “This 6% is a very powerful force, even though they are a minority.” Pavel Belavus also notes that only 1% of Symbal.by’s social media audience of 100,000 donated – but the donations of these people were sufficient to save the company’s jobs, and keep the workers busy with the production of masks, thus helping the doctors.

Mr. Belavus noted, “The coronavirus has demonstrated that we have a civil society … the representatives of the different initiatives are doing a common thing… The infrastructure that has been created for many years – all the initiatives, organizations, and pieces of training – all of this was not in vain, there are now leaders who can assume responsibility when needed.”

Speaking about the impact of the epidemic on NGOs, Andrej Stryzhak emphasized the massive transition of the activities online as well as an indefinite pause of all foreign internships, exchanges, and study visits. The reorientation of the donor budgets to address the consequences of the coronavirus in their own countries such as unemployment and the need to develop distance education may also become a problem.

However, it is not only donors. According to Pavel Belavus, the epidemic showed the activists that “they can work to find financing in the domestic market: both with individuals and businesses.” The situation with the coronavirus “made it possible for the civil society to establish communication with those who had not previously come across” including businesses and government agencies.

Andrej Stryzhak gives his example: “We have the opportunity to work along the line of diaspora-Ministry of Foreign Affairs-Ministry of Health-the hospital… We have good direct contact with the representatives of the Ministry of Health… It is not a political decision for the Ministry of Health on how to behave, rather it is a discussion on how to transfer ownership to hospitals, as for #ByCovid19 it is very important to work openly and not otherwise, without the unnecessary conflicts.”

Andrej says that as an experienced activist, “I have the feeling that I live in the activist bubble”, but he also notes that, “Around 300 thousand people are now in this bubble with us.”

After the epidemic: solidarity, politics, and atomization

Andrej Stryzhak predicts that the consolidated experienced teams will remain in the regions after the epidemic such teams are the local civic initiatives: “The connections that are now being formed between these people are going to be stable. Although the movement is massive at the time, in many cities, the same civic activists who were active before remain to be the key people – they simply changed their specialty… and these people form the core teams of activists around them. They may begin to influence the situation on the ground.”

Olga Dryndova, the editor of the German analytical publication Belarus-Analysen, asked whether “the rise of volunteer activism in the next few years could turn into something parapolitical” – for example, into something similar to “Mothers 328” movement, but on behalf of the doctors.  Andrej Stryzhak noted, “At the moment I, unfortunately, do not see any prospects of this kind. As for #ByCovid19 per se – our campaign does not have any goals of participating in the political struggle.”

Philipp Bikanau assesses the development of the potential for rallying and solidifying the society against the backdrop of the ongoing crisis as a priority scenario. And since economic problems seem to be the main problems, the solidarity with those who are fighting the coronavirus will not go anywhere even in the situation of a 2011-like crisis. However, the realization of this potential depends on the reaction of the state, which is traditionally afraid of any grassroots initiative. Andrej Stryzhak agrees with this, “If the state has such a desire, it can do everything so that the volunteers lose their authority, and even their freedom.”

Another scenario is the complete atomization and “the war of all against all” – Mr. Bikanau considers it to be unlikely and possible only in case of a hypothetical collapse of the healthcare system when the danger of getting sick will be higher than solidarity, “The difference between the solidarity of the Belarusians now and [their solidarity] during 2013 Javier cyclone is that you couldn’t get sick with Javier.”

Sooner or later the coronavirus will be defeated, including with the help of volunteers, and Andrej Stryzhak emphasizes here the symbolic importance of this victory, “A person who lives in Belarus lacks the experience of victories… But the experience of victories is something that is not forgotten.” He compares the experience of the volunteers during the epidemic with the experience of the war veterans, “It was a very difficult, troublesome time full of challenges, but at the same time, it was the most interesting thing that they had in their lives… Those people who are now participating in this campaign [#ByCovid19] will probably remember this as an example of the effective interaction with other people, and a very large boost of their skills to achieve specific tasks.”

Yauheni Krasnianski confirms the positive impact of the volunteering during the epidemic on further social activities: “When a person begins to do something small, it greatly increases the likelihood that he will then do something bigger in contrast to the situation when such a person is immediately requested to do big things.”

Originally published in Russian at Our Opinion

Read more
Belarus-Russia: governments resume negotiations, no progress in resolving conflict matters Civil society opposes the blocking of Charter-97, opposition candidates start campaigning Belarusian president aspires to retain the public sector in the economy; the authorities emphasize the chance for a political reform
You have been successfully subscribed