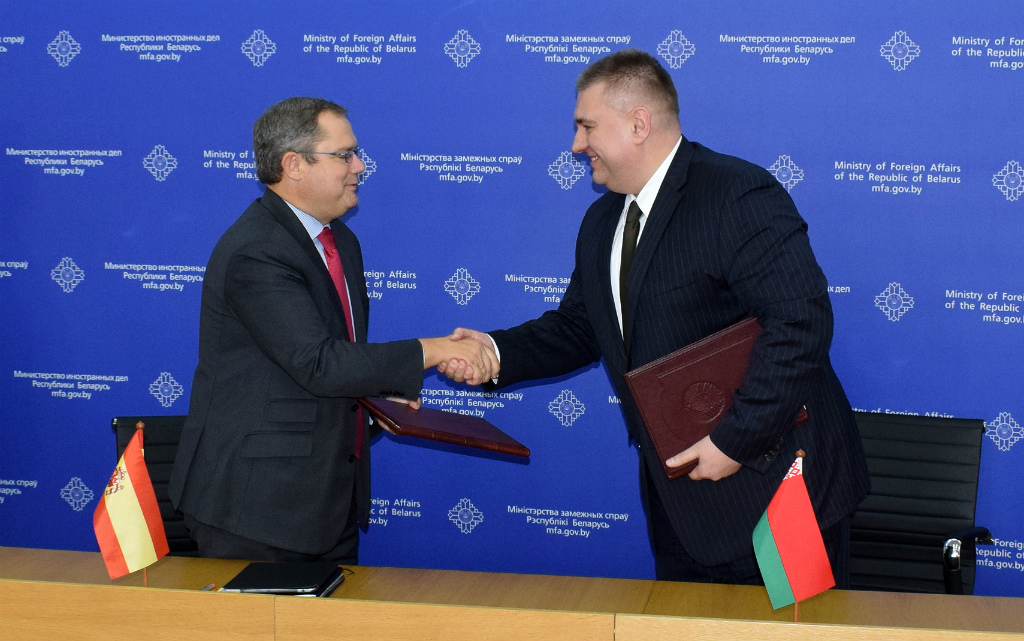 The past week was not marked by significant developments in Belarus’ relations with the West. Political dialogue with some EU states followed its usual routine. In addition, Brussels approved a report on human rights situation in 2016, which noted the lack of progress in Belarus in this regard.

The report on human rights and democracy in the world in 2016, approved by the EU Council on October 16th, stated that systemic violations of human rights had continued in Belarus: restrictive laws affecting fundamental freedoms had not changed, freedom of association and freedom of expression were severely limited. Simultaneously, the document noted that the authorities were more open in their contacts with the EU on human rights issues; and that the parliamentary elections were held “in a more open atmosphere and with greater opportunities for opposition candidates”.

On October 18th, the first meeting of the Joint Intergovernmental Belarusian-Spanish Commission on Economic and Industrial Cooperation was held in Minsk. Priority sectors for developing cooperation between business circles of Belarus and Spain were identified: industrial modernization, energy efficiency, transport and logistics, infrastructure, public-private partnership projects, and information technologies. Several years ago, Minsk focused on developing relations with Madrid, which previously was very sceptical about the Eastern Partnership and Belarus in particular. Thereby Minsk attempts to enlist the support of yet another European Union state. That said, in late 2016, the Belarusian embassy opened in Spain.

On October 19th, Foreign Ministries of Belarus and Romania held consultations and discussed the expansion of the legal framework and relations between Belarus and the EU. A particular focus of the consultations was on the preparations for mutual visits. The first visit of the Romanian Foreign Minister to Belarus since 1993 was scheduled for November 2017.

The dialogue between European states and Belarus is ongoing in the usual way. Brussels, however, has noted the lack of progress with human rights and democracy matters.