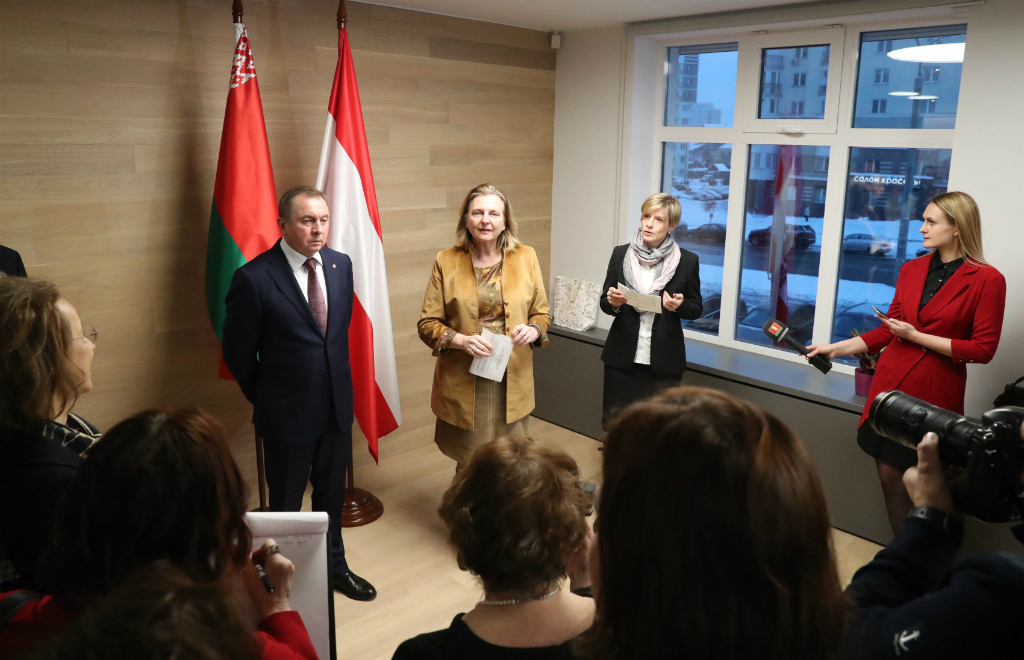 Further to Minsk’s last year’s diplomatic efforts, last week, Foreign Ministers of Hungary and Austria visited Belarus. Both these EU states are ready to develop pragmatic relations with Belarus and to some extent share Belarusian leadership views on international relations and European security.

Following the meeting with Hungarian Foreign Minister Peter Siarto, the parties signed an Agreement on the Promotion and Mutual Protection of Investments, a Memorandum of Understanding between the Ministries of Foreign Affairs promoting transregional cooperation, and the Bilateral Cooperation Programme for 2019. Foreign Minister Siarto also met with Prime Minister Sergei Rumas, ministers of economy, sports and tourism, agriculture and food. The parties emphasized that trade and economic cooperation were key areas for bilateral cooperation.

At the meeting between Foreign Ministers Makey (Belarus) and Karin Kneissl (Austria) the parties discussed the bilateral agenda and prospects for the Belarus-EU dialogue. The ministers took part in the official opening of the new office of the Austrian Embassy in Belarus. When speaking to the media, Makey noted that Austria retained the leading position among Belarus’ investment partners and played an important role in modernizing some sectors of the Belarusian economy. Karin Kneissl expressed respect for Belarus’ “strategic position in relations between the East and the West,” and said that Austria always supported international meetings on security and cooperation in Minsk, referring to the Minsk Dialogue Forum, which took place in May 2018.

Hence, Belarus further focused on developing relations with the EU member states which have trade and economic importance and similar views with Minsk. At the solemn meeting dedicated to the 100th anniversary of the Belarusian diplomatic service, Makey said that he was counting on “significant effects from the dialogue with the EU and the US”.