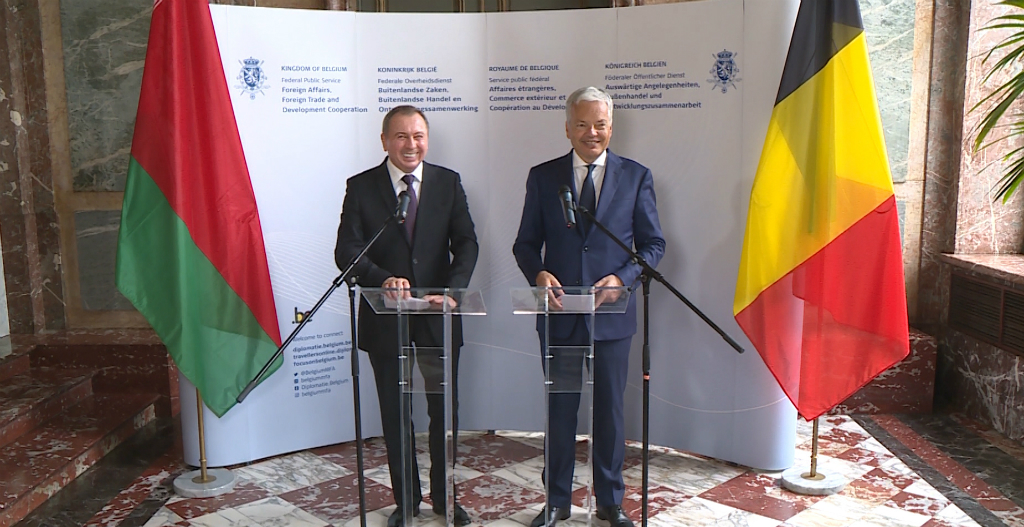 In the absence of systemic progress in relations with the European Union, Minsk continues to purposefully develop bilateral contacts with EU member states, including through the expert community.

On May 30th, a delegation of British MPs headed by the head of the inter-party group for Belarus, John Whittingdale, visited Minsk. During the meeting with Foreign Minister Makey, the parties noted a significant boost in the Belarusian-British cooperation in 2017-2018. On the same day, Vladimir Makey met with the delegation of the Foreign Policy Network from the German Körber Foundation. The delegation included officials from the Federal Chancellery, the Bundestag apparatus, federal ministries and departments, representatives of analytical organisations, and diplomatic corps accredited in Berlin.

On May 31st, during Deputy Foreign Minister Kravchenko’s visit to Spain, the fourth round of Belarusian-Spanish political consultations was held, so as the opening ceremony of the Belarusian Embassy in Spain.

At the meetings with the representatives of the European structures, the whole complex of Belarusian-European cooperation was discussed, including the possible signing of the Partnership Priorities between Belarus and the EU, the negotiations on which have remained frozen since last autumn. During the talks with the Minister of Foreign and European Affairs of Belgium, trade turnover and the development of trade and economic relations were marked. Makey asked his Belgian partners to assist in holding the Belarus-EU Economic Forum in Antwerp next April, in which the Belarusian Prime Minister was expected to participate, and formally notified that Belarus intended to support Belgium in the upcoming elections of non-permanent UN Security Council members.

In addition, the Belarusian Foreign Minister met with representatives of major world media, including the Wall Street Journal, Reuters and Bloomberg. Some Belarusian media later reported that Makey allegedly stated during that meeting about the possibility of deploying a Russian military base in Belarus. In reality, Reuters quoted Makey as making an unequivocal statement that Belarus had no plans to deploy military bases, however, had to “take into account future steps taken by our neighbours”.

Overall, on the one hand, EU states have stepped up contacts with Minsk on a different scale, which, primarily manifested through the enhanced frequency of foreign visits to Belarus with official and introductory purposes. But on the other hand, the Belarusian authorities have purposefully expanded cooperation with some EU states, which took the most constructive stance towards Belarus.