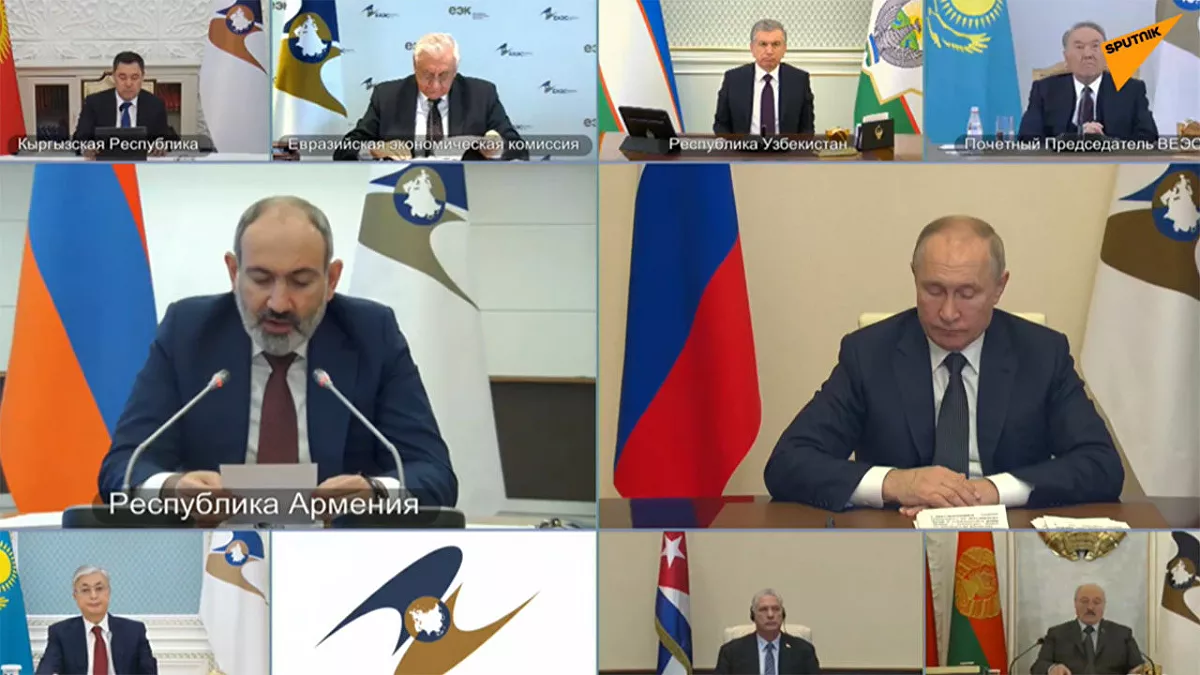 In response to Western sanctions, the Belarusian authorities announced the introduction of a food embargo against “unfriendly countries” and invited the EAEU countries to join them to a possible extent, and also to develop import substitution. The topic of external pressure was a major one on the Belarusian-Russian agenda last week.

On December 10, the EAEU Summit was held online, during which Lukashenka made yet another controversial statement: the ultimate goal of Western states is to methodically destroy competitors and to resist the pressure, they need to stick together. According to him, the West is starting to work with the EAEU countries so that they join the sanctions against Belarus. The next package of restrictions showed that “there are no friends in the West,” Lukashenko said and noted that the EAEU countries were able to provide themselves with everything they need and should stop falling for “Western diapers and chips”.

After the Summit, Vladimir Putin spoke with Lukashenka on the phone, and they discussed bilateral relations and “challenges arising for the two countries”. The press service did not inform about the details of the conversation.

A day earlier, Putin condemned statements that Russia ‘has a subsistence allowance’ for Belarus. You can treat Belarus and its leadership as you like, Putin said, but such statements about some “allowance” would be incorrect. He also pointed to the fact that the creation of the Union State was a long and delicate process, which required exceptional competencies.

On December 7, Prime Minister Raman Haloŭčanka, during a meeting with the head of the Republic of Bashkortostan, Radiy Khabirov, noted that Russia and Belarus could resist any external pressure. “Today, as never before, cohesion, adherence to principles and readiness to defend common economic interests are important,” Golovchenko emphasised. According to him, Belarus and Russia are doing this both at the macro level as part of the implementation of union programs to deepen economic integration and at the micro-level – with trade, economic and investment cooperation.

On December 10, during a meeting with the Deputy Chairman of the Russian Federation Council Konstantin Kosachev, Speaker of the Belarusian Council of the Republic Natalya Kochanova noted: “Your [Russia’s – ed.] support is very important for us. In these difficult conditions, together we will be able to more effectively confront the current challenges, which reoccur in respect of our countries.”