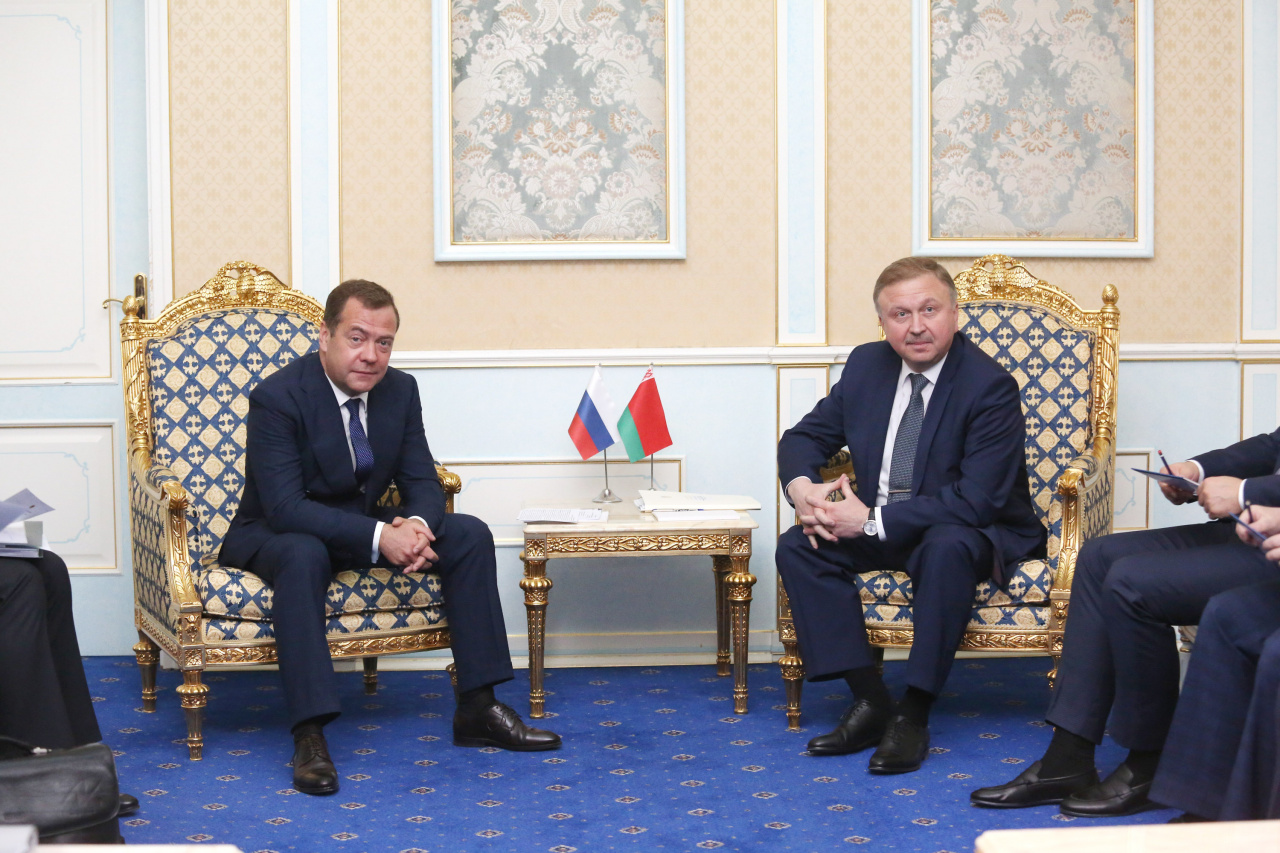 The past week was fruitful: meetings between Belarusian and Russian PMs Kobyakov and Medvedev, foreign ministers Makey and Lavrov, session of the Parliamentary Assembly of the Union State took place, and a temporary agreement on mutual recognition of visas was signed and took effect. The parties confirmed the strategic nature of relations and the focus on strengthening state independence.

On May 29th, Russian Foreign Minister Lavrov arrived in Minsk to sign the agreement on the recognition of visas during the World Cup, which will begin on June 14th in Russia. Almost immediately after the signing, first fans arrived in Russia through Belarus. Negotiations on a regular visa agreement are expected to resume in September.

In addition to arranging important practical modalities, Lavrov’s visit once again documented allied and friendly relations between Belarus and Russia, the ministers also discussed relations with the EU and NATO.

Dushanbe hosted a meeting of the Council of CIS Heads of Government, during which the Belarusian and Russian prime ministers also confirmed the strategic direction of bilateral relations and talked about mutual trade. It is expected that in 2018 Belarus will sell 3.5 million tons of milk to Russia, which would be more than in the past.

In addition, a meeting of the commission of the Parliamentary Assembly of the Union of Belarus and Russia on economic policy was held, which noted the traditionally low budget execution by this stagnant body.

In terms of cooperation on oil and gas, Belarus advanced with both her approaches, realistic and utopic. As regards the first, Belneftekhim specialists held a roundtable on the preparation for the launch of exchange operations. As for the second, vice-Prime Minister Semashko once again announced attempts to resume negotiations on gas supplies. It should be noted that such unilateral negotiations are required not so much for results (e.g. to reduce the price for energy supplies), but rather to demonstrate an endless process which ensures budgetary inflow to the state industry.